Most artists have trouble maintaining their creative integrity in the face of commercial demands, and small-town gorilla Sylvio Bernardi is no different. 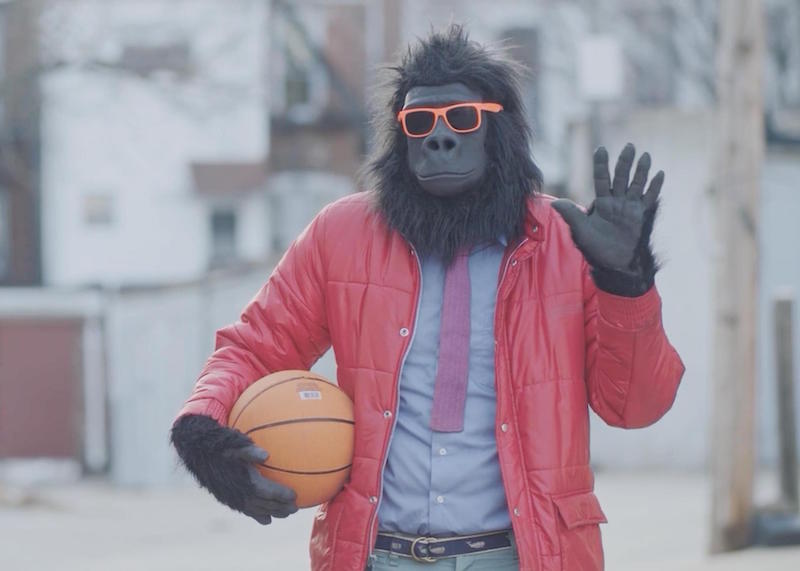 Vine users might recognize the simian-suited, sunglasses-wearing Sylvio, who earned 500,000 followers for short videos in which he silently struggles through life in the human world. With a little help from Kickstarter, filmmakers Albert Birney and Kentucker Audley have broken the character out of the six-second format for a full-length comedy rich with ingenious sight gags and clever, deadpan writing.

Sylvio doesn’t speak except through a text-to-speech program on his Banana brand computer (Apes don’t use Apple!), which makes it tough to carry out his job as a debt collector. When on assignment to collect from a deadbeat local cable-access host, he stumbles on camera and accidentally turns into a local sensation.

Viewers want more Sylvio, so he’s invited back. He shares his passion project, a minimalist live puppet show called the Quiet Times, but viewers aren’t impressed. They want more action, which leads to a recurring segment called "What Will the Ape Break," in which he smashes a thrift store worth of vases. The segment becomes a hit, but soon enough, the act turns exploitative. Then a viral video causes a backlash and Sylvio’s fame turns to infamy.

It’s no surprise given his Vine roots that the character is perfect montage material. The best moments of the film happen in quick succession, be it the smashing TV sequences or the TV crew bonding on a day trip to the go-kart track. Sylvio’s body language fuels much of the comedy as well as inspiring more empathy than one might expect, but much credit should go to the sharp prop design that hides laughs in every corner of the frame.

The crux of a movie like Sylvio is that it’s hard to sustain one joke for 80 minutes, and at times the humor feels monotonous. There’s only so many ways for an ape to break a vase, and by the conclusion, the gag has worn a little thin. But just as the monkey business becomes a chore, the filmmakers double down on Sylvio’s sensitive side, showing that underneath that fur, he’s not that different from the rest of us.