SXSW Film Review: Nobody Speak: Trials of the Free Press

How Gawker got killed by Hulk Hogan and Peter Thiel

Who would have thought that steroidal golden boy and wrestling legend Hulk Hogan’s lawsuit against upstart online scandal sheet Gawker would result in the site’s total destruction? There’s gotta be more to that story than just a sordid sex tape, right? 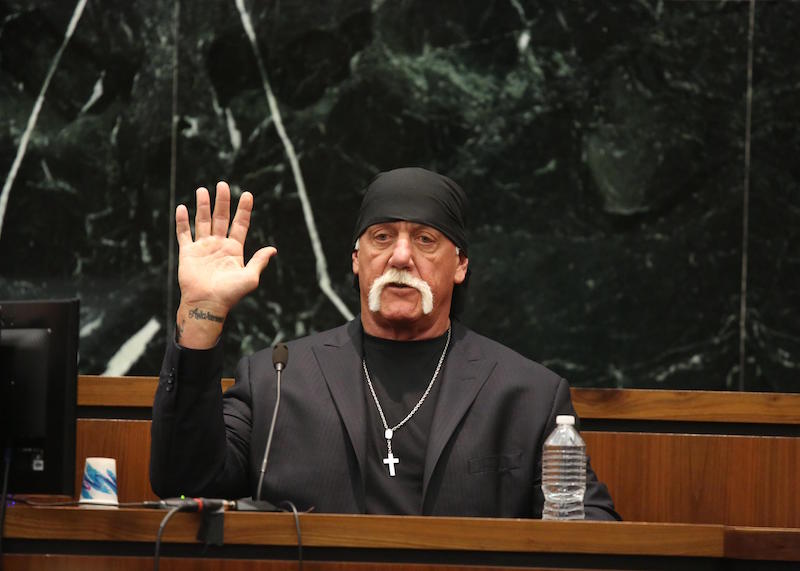 Turns out, there was far more going on behind the scenes than between the sheets. The backroom scheming includes a host of “Least Likely to Win an ACLU Award” types, Silicon Valley venture capitalist and weirdly outspoken Republican Peter Thiel, and President Trump. In fact, as director Brian Knappenberger (The Internet’s Own Boy: The Story of Aaron Swartz) pointed out from onstage prior to the screening, new footage was being added to Nobody Speak right up to days before its SXSW premiere due to the steady stream of revelations attending the election of the 45th president of the United States. Add to all of this the related story of the evisceration of the Las Vegas Review-Journal’s most of the editorial staff by the stalwart newspaper’s shady new owners, including Vegas billionaire slash über-power broker Sheldon Adelson, and comparisons to All the President’s Men aren't as much of a stretch as they sound.

The director does a commendable job linking all the disparate stories and players together into an ultimately chilling documentary that’s nothing short of a wake-up call for anyone who cares anything about the First Amendment, the fourth estate, and the potential for creeping authoritarianism to gut democracy from within. Knappenberger is, for want of a better term, a social justice documentarian, and Nobody Speak has the vital urgency of a narrative thriller. This is real life, however, and the film is devastating in its depiction of how the relationship between the executive branch and the free press has become adversarial to a dangerous extreme. Nobody Speak is a battle cry for journalists everywhere and by extension the American way of life itself. Nobody speak? Screw that, it’s time to scream.

Nobody Speak: Trials of the Free Press