The secret life of the forgotten James Bond

George Lazenby had no business replacing Sean Connery as James Bond, but he did and quickly hit the career self-destruct button. 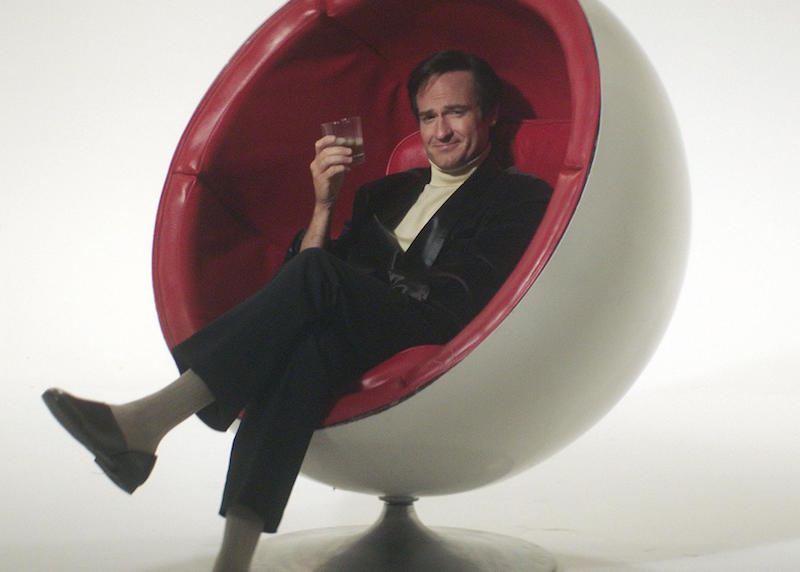 His life rushed forward in fits, starts, and smudges of extraordinary luck: wasn't supposed to live past 12 because of childhood health concerns, failed to graduate high school in his native Australia, got a job as a car mechanic, transformed himself into a car salesman, chased a lover to England, became a top model, and talked his way into becoming the second onscreen James Bond despite having no acting experience. Then, with a six-film contract and assured stardom dropped on his lap, he balked and quit.

Director Josh Greenbaum mines Lazenby's story in Becoming Bond, a documentary that relies heavily on the actor's substantial charm to propel its narrative. Interviews with Lazenby are combined with re-creations of his life from birth forward using actors. Josh Lawson plays the adult Lazenby with humor and believability (though the "real" Lazenby is a bit more macho). The documentary/dramatization hybrid largely works, though when a few well-known actors show up (Dana Carvey as Johnny Carson, Jane Seymour as Lazenby's agent) it can distract.

Surprisingly, Lazenby's early years and the young love he never quite got over provide some of the film's most enjoyable moments. By the time he becomes Bond, we're rooting for him, shaking our heads at his Sixties-era playboy lifestyle. He's a nice guy brimming with confidence, faking it for the camera. Then he throws it all away.

The implication is Lazenby couldn't stomach a "slave contract" that would control his look and essentially his life as he would be required to become James Bond, emulating Connery's portrayal and keeping the brand alive. Lazenby instead grew a beard and paid for his own U.S. promo tour for On Her Majesty's Secret Service. Chart your own destiny, Lazenby tells us of the moment he gave it all up.

The documentary gives only a quick glimpse at Lazenby's post-Bond life: motocross racing, marriage, and children. There's little mention of his continued acting career or his personal challenges. But that's OK. This is a film about a guy who did life his own way, and it's an enjoyable ride. It will be released on Hulu May 20.