The very model of a modern major indie comedy

Who could have imagined that a film fusing the Catherine Zeta-Jones B-plot of Ocean’s Twelve with the Alfred Molina burglary scene in P.T. Anderson’s Magnolia would amount to a fully enjoyable, often even touching, indie comedy? 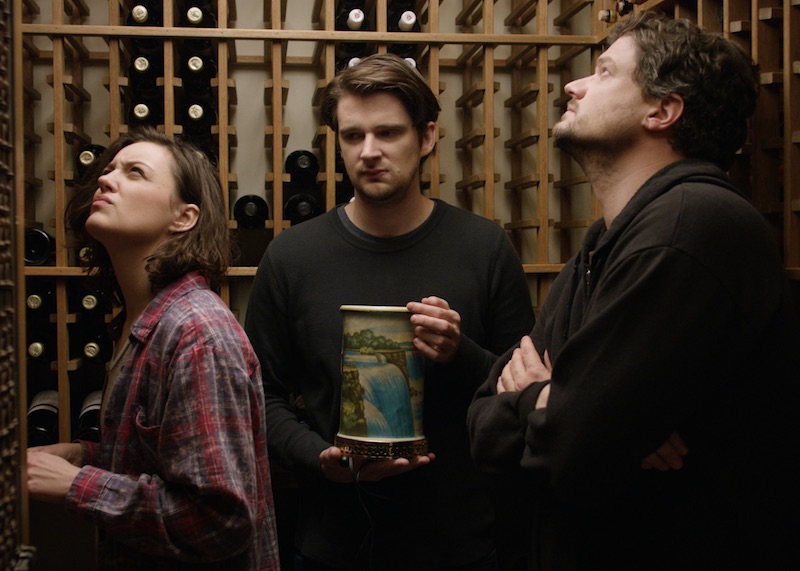 Suffice it to say that the shock of A Bad Idea Gone Wrong’s fluttery charm does not take away from the formidable cleverness of writer/director Jason Headley’s screenplay. Limited in goings-on but heavy on chuckles, Headley’s debut feature seems destined for the rabid niche adoration heaped upon the myriad special little indies waiting quietly for adventurous online streamers to find them.

After presenting an explicit homage to Pulp Fiction’s diner scene, the film introduces us to the mutual bumblings of wannabe criminals Marlon (played by Matt Jones of Breaking Bad fame) and Leo (Will Rogers, soft-eyed and sour). Neither is particularly conniving or industrious, and there is no team of experts assembled to help them. Apparently, Marlon and Leo have never heard “Opportunities” by the Pet Shop Boys, or they’d know that at least one of them should have enough brains to avoid trapping the other in the house they decide to ransack. Too bad – the Pet Shop Boys rule.

Anyway, Headley’s first act is standard botched robbery stuff, with the wisest of cracks coming from Jones’ uniformly hilarious Marlon. But in the preyed-upon house is Darcy, an unexpected guest embodied with irrepressible appeal and sharp comic timing by Eleanore Pienta (7 Chinese Brothers). Darcy is equal parts sympathetic, condescending, and devious, sizing Leo up instantly as prey for her strategic manipulations. Headley provides the character with a series of nasty inner secrets that Pienta somehow makes appealing. When Darcy becomes personally involved in the theft, the person portraying her has become the crime’s – and the film’s, in general – alpha presence.

Comedy is difficult, particularly in a tiny three-hander set almost exclusively in two locations: a diner and a suburban mini-mansion. But Headley and his editor, Tim Fender, pepper A Bad Idea Gone Wrong with a batch of strong zingers, and the momentum steadily grows by the final act. Fender’s ability to sustain amusing tension across the film’s 85 minutes is impressive, suggesting a kind of gut-timing not unlike the great editors of modern comic cinema (think Brent White or Mike Sale). No surprise that this film had its world premiere at SXSW, the same Festival to showcase White’s work on the blockbuster Spy in 2015.

Still, Headley’s next film will need to improve its tech contributions, with Nathan Smith’s cinematography and Alex Cuervo’s (of the Hex Dispensers) music both inappropriately restrained here in service to the script. Audiences may be hard-pressed to remember anything aesthetically about the film’s visual design save a single, distinctive prop: a beautiful lamp with a Niagara Falls shade. When the next Headley joint comes, it should strive to have at least two props as perfect as this one.