Austin-based Sam Wainwright Douglas’ new film is the sort of art documentary that there ought to be more of – not a hagiographic retrospective of some well-collected celebrity, but a vital record of a new project, from emerging artists, in the process of creation. 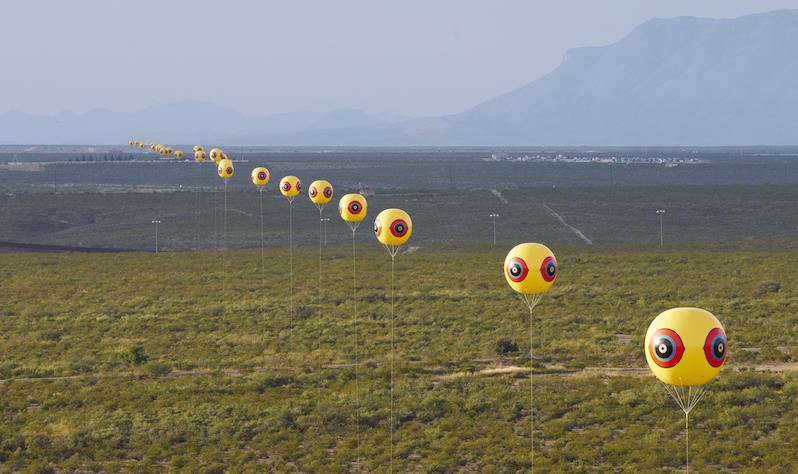 At the center of Through the Repellent Fence: A Land Art Film is the collective Postcommodity, comprised of three U.S. artists of indigenous descent: Raven Chacon, Cristóbal Martínez, and Kade L. Twist. Their plan is to erect a temporary installation along the U.S.-Mexico border near Douglas, Arizona. Their project, which they describe as a “suture” meant to bind the two nations back together, is made up of a two-mile-long series of 26 giant balloons.

As he tracks the artists’ progress and fills in their intellectual heritage as land artists and post-colonial thinkers, Douglas’ camera lingers on the installation’s impact on the local community, from Border Patrol agents to a volunteer from a local addiction program. As one observer puts it, “Art is supposed to … make you see what’s going on in a place.” This is Douglas’ mission too, and he accomplishes it with lightness and an eye for natural beauty.

Through the Repellent Fence: A Land Art Film