Where a lazier filmmaker might have turned a documentary about grilling meat into a lusty, slobbering viral video, director Matthew Salleh opted instead for an engaged and celebratory study of international cooking cultures. 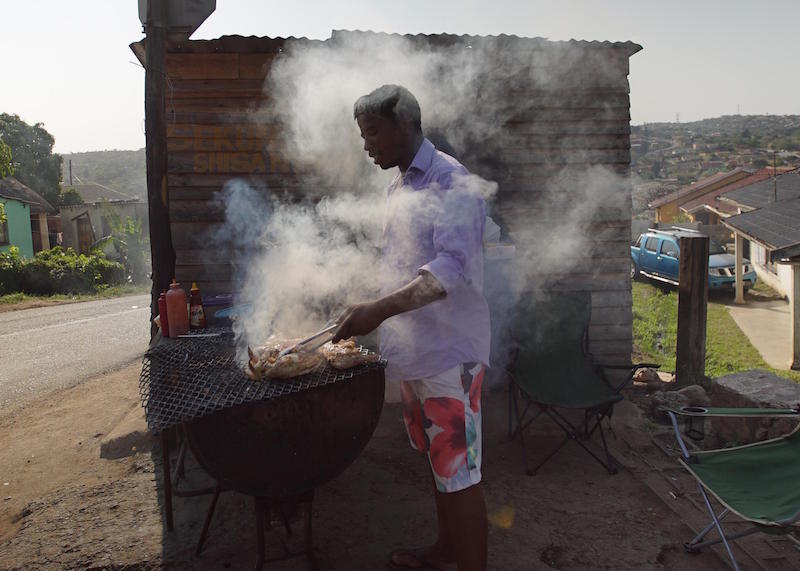 This is all the more impressive given that this look into the world’s many beef-covered foodways also serves as one of SXSW’s most sumptuous feature-length debuts. Barbecue, adapted from Salleh’s 2014 short “Central Texas Barbecue,” divides its time between a dozen countries united in the narrative by their love for the title dish. From Australia to Mongolia to Jordan to Sweden, the filmmaker (who also served as cinematographer and co-edited with producer Rose Tucker) speaks to locals who skewer, rub, roast, and munch in between interviews.

Salleh is a natural conversationalist, bringing out eccentric and often poetic sentiments from the individuals he puts on camera. These disjointed soundbites – woven into an elaborate, mesmerizing soundscape by sound designer Michael Darren and composer Christopher Larkin – make the film into a sort of loping travelogue anthology.

The great risk with anthologies, of course, is that a feature film can only measure up to the sum of its parts. This works mostly to the filmmakers’ favor, as Salleh’s 4k photography is uniformly gorgeous (as a DP, he is equally attentive to pretty sunsets as to the savory colors of uncooked shawarma) and Larkin’s Philip Glass-like score worthy of vinyl release. Each new location is accorded intimate close-ups both of the meat and the people, Salleh’s suggestion being that the particulars of consumption are both idiosyncratic and interconnected to each unique landscape.

As Barbecue tells it, this spiritualist notion is profound rather than obvious; it allows each destination’s citizens the chance to describe their place(s) in the world. But it is true, also, that some of these characters can barely articulate how much they love to cook, and how important beef can be in the right hands. As a result, the enervating section on Australian cook-outs plays more lugubriously than the riveting segments in Armenia or South Africa, where community barbecues have emerged as veritable anti-genocide get-togethers. The more socially important the stories, Salleh and Tucker argue, the more powerfully barbecuing has installed itself in the local environment.

It should be noted by casual attendees that there is no festival in the world more appropriate for this film’s first screening than SXSW. The evidence to this was the film’s World Premiere last night, especially when a halo of self-congratulatory murmurs greeted a section on Texas meat. If nothing else, it proved that these young documentarians have crafted a picture with that rare combination of immense commercial possibility and humanistic vitality.