SXSW is undeniably chaotic, but there is order to be found in this universe. Keep reading for our Austin insider’s guide to film venues, the line system, and tips on how to get fed and when you'll need to pack a sweater. The grande dame of Austin theatres celebrated her centennial in 2015 with the replacement and illumination of a re-creation of the original light blade, a fitting beacon for this opulent but unpretentious soul of Austin arts. Somewhere in the vicinity of 10,000 artists have performed here, including Harry Houdini spitting needles in 1916, and the stage now hosts some 250 performances annually. The palatial décor encases a surprisingly intimate 1,100-seat venue where top hats long ago gave way to jeans as appropriate attire. Be sure to bring a sweater – it can get chilly. The Paramount is your best bet for star-gawking; many of the fest’s red carpet premieres happen here. Full bar and snacks on-site.
1,100 seats

The vertical marquee with its candy-colored neon recall the earlier life of this Congress Avenue facility as a showplace for movies. These days, this impressively renovated little sister to the next-door Paramount Theatre is largely used as a home for live performance, but during SXSW it gets to tap back into its first love – introducing audiences to great cinema. Full bar and snacks on-site.
298 seats It’s not the original Alamo Drafthouse (that honor goes to the now-lost site on Colorado) but it’s known as the mothership for a reason. World-famous as the home of Fantastic Fest, its nine screens hold a total of 975 guests, with the traditional Drafthouse in-screen food and beverage service. Fresh from a 2014 overhaul that saw the complex around it shift from a rundown strip mall to upscale condos and restaurants, all screens are fitted with Sony 4K projectors, and there's still a 35mm set up available. There’s also the full-service Highball Bar next door, featuring seven bizarrely (awesomely) themed karaoke rooms, and a Shake Shack a short walk away.
Alamo Lamar A: 126 seats
Alamo Lamar B: 126 seats
Alamo Lamar C: 86 seats
Alamo Lamar D: 198 seats
Alamo Lamar E: 198 seats The Long Center intended this small, black box-style theatre to be a flexible venue for diverse types of performances, and in that it’s succeeded. From just its resident companies, patrons can enjoy classic drama (Austin Shakespeare), contemporary tap dance (Tapestry Dance), theatre for young audiences (Pollyanna Theatre Company), and musicals old and new performed by high school and college students (Summer Stock Austin); during SXSW it transforms into a bustling film venue. Plan for a few extra minutes to enjoy the breathtaking view of Downtown Austin from the Long Center’s patio – and a few more minutes if you need a quick cat nap on its lovely, grassy grounds. A bit of a hike from the Austin Convention Center, badge holders will want to take advantage of the SXSW Film Shuttle. Full bar and snacks on-site.
210 seats 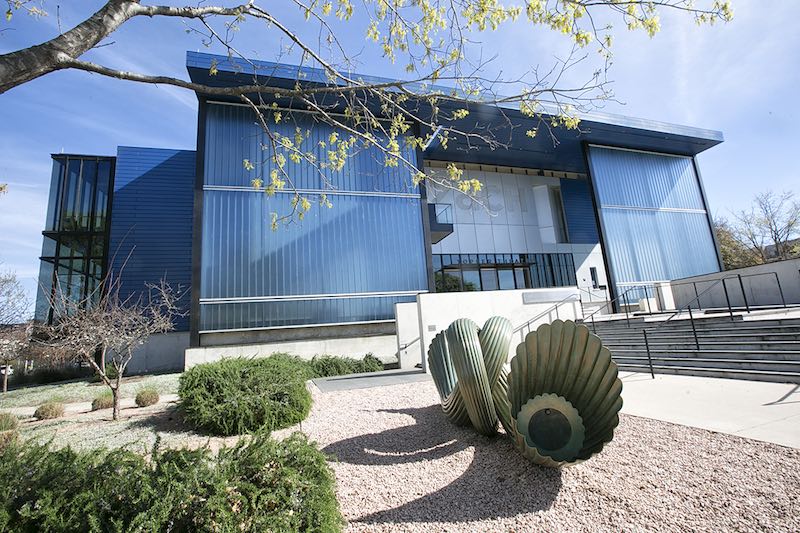 With the debut of this 430-seat, state-of-the-art venue in 2012, Zach Theatre opened a mainstage worthy of its status as a professional theatre with a national reputation. The 21-foot proscenium, 70-foot fly tower, and roomy wings give this company named for Austin native son Zachary Scott space to stage shows as large and complex as those in Broadway houses and regional theatres. During the fest, Zach will play host to red carpet premieres and the Episodics (small-screen) track. Bar and snacks available.
420 seats

The second largest film venue, the Vimeo is located in Ballroom A of the Austin Convention Center, accessible via the Cesar Chavez & Red River entrance. It’s the most convenient option for conference attendees who don’t want to travel far to see a festival film. If you need to kill some time before the next screening, be sure to check out the nearby Film Poster Gallery.
450 seats

The lines can be quite daunting, so go in informed. Nab a SXXpress pass if you can (more on that in a sec), arrive early, know the capacity of the theatre to gauge your chances of getting in, and check the online Venue Status Board, on the SXSW GO app, online, or monitors at select venues – to know how close to full a screening is according to the VSB’s traffic-light inspired system.

All badges have Primary Access to convergence tracks and select events and perks including but not limited to SXSW Gaming, SXSW Create, SouthBites Trailer Park, and the SXSW Outdoor Stage at Lady Bird Lake.

More of a visual learner? This video offers a quick overview of all the badge changes this year:

SXXpress passes get you extra-early admittance to Film Screenings. They’re available to Film and Platinum badgeholders only, and can be picked up Friday-Saturday, March 10-8, 9am-4pm, at the Austin Convention Center Palazzo (near Exhibit Hall 1). You can get two passes to screenings per day, and you can pick up passes for current and following day at the same time. Note: You must get in line with your SXXpress no later than 30 minutes before the film starts. Show up 29 minutes before showtime, and it’s straight to the back of the Primary Access line for you, ya slacker.

Free to all SXSW badges and Wristband holders, the SXSW Festival Shuttle runs between the Austin Convention Center and most SXSW Film Venues. Shuttles leave the Austin Convention Center every 10 minutes during conference hours, then run at a slightly reduced frequency until 3am. Find operating hours and shuttle routes here. You can track their progress on the SXSW GO app.

Looking for alternate means to get around? Wearing out the tread in your new festival sneaks is always the best option, but our SXSW Transportation Guide has some other ideas to get you from point A to point B, C, and D. What you won’t be able to do is hail an Uber or Lyft; those guys left town in a huff back in the spring of 2016, but we’ve got plenty of other ridesharing options, including official SXSW Rideshare wheels Fasten. You can get $5 off your first ride with promo code: RIDEON

Looking to learn more about the movies themselves?
• Check out our SXSW Week One Preview in print and online on Thursday, March 9, where we chat up SX filmmakers and profile a couple dozen films.
• Find our SXSW Daily Editions online at austinchronicle.com/sxsw for previews of the day’s events, plus reviews + recaps + photo galleries from the day before.
• Follow us on Twitter at @AustinChronicle and @ChronSXSW, Facebook, and Instagram.
• Sign up for our newsletters to track the latest news on SXSW and Austin at large.