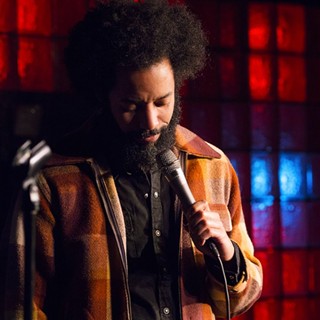 Laugh lovers who have been holding their breaths waiting to hear who'll be at SXSW Comedy this year can exhale. The 2017 lineup is out and includes Wyatt Cenac, Wanda Sykes, Bob Odenkirk, Chris Hardwick, Janeane Garofalo, and Dan Harmon, among others.

Kicking off the 10th edition of the Festival will be a live taping of the Comedy Central hit game show @midnight with Chris Hardwick, in which our favorite Nerdist will be joined by Tom Lennon, Whitney Cummings, and Nick Swardson as contestants (Fri., March 10, ACL Live at the Moody Theater).

This year’s Festival will also feature a variety of independent shows, like
• Good Trip w/ Shane Mauss, which explores the comedian’s life-long relationship with psychedelics that’s part stand-up, part storytelling, and part TED Talk;
• Would You Bang Him?, a comedy game show in which hosts Rich Vos and Bonnie McFarlane, with the help of female judges, aims to answer the titular question for a batch of competing male comedians; and
• Witch Taint, a comedic live reading and concert detailing Dave Hill's account of posing as a black metal guitarist online and trying to get signed by a record label.

Also on tap are some tried-and-true showcases that it wouldn't be SXSW Comedy without:
• The Laugh Button Live!
• Lorne Michaels’s Above Average
• Upright Citizens Brigade Theatre's ASSSSCAT
• 420 with Matt Besser, and
• GE’s ImprovScience

SXSW Comedy runs March 10-19 and is open to anybody in possession of a SXSW badge or wristband. Stay tuned for another announcement from SXSW Comedy, which will include information about additional performers, showcases, and events. Full details and lineups will be live soon at sxsw.com/comedy/2017.