Mayhem, 68 Kill, plus Behind the Mask retrospective 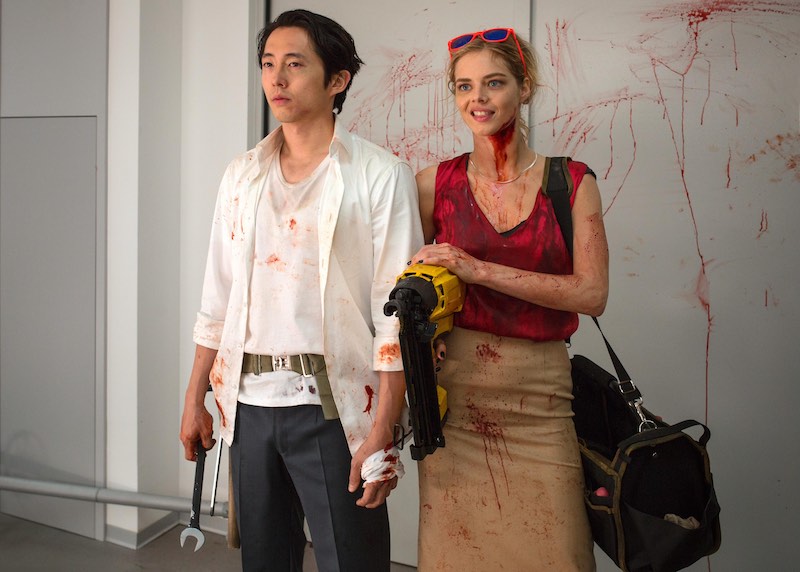 Get ready to lose sleep and gain bragging rights at SXSW. Just as the rest of the Festival has been heavy on world premieres, so the Midnighters gang leaps out with a series of first screenings, including the eagerly awaited Mayhem, some Tokyo-style gore, and a local headtrip.

• Pitch-black urban morality tale Two Pigeons, which Neece called "one of the best things I saw all year, about karma coming back and fucking with you";

• neo-slasher Tragedy Girls, starring and executive produced by Craig Robinson, which Neece predicts could be one of the most divisive films screening;

• and The Honor Farm, the debut narrative feature from Austin editor and documentarian Karen Skloss (Sunshine). Neece described the Austin-shot horror as "a different take on a road trip. … It's visually really striking, it has some cool ideas, and being a local film and by a female filmmaker, it's all good things."

While Skloss makes her Midnighter debut, there are a few names that will feel very familiar to the late night festival crowd. Neece called Fantastic Fest friend Lynch's Mayhem "a really cool office virus invasion, locked in one location, and madness ensues. It's not as B-movie schlocky as he usually does." (Don't worry, Lynch will take that as a compliment). The list also includes producer Travis Stevens for the fifth successive year. After (deep breath) The Aggression Scale, Big Ass Spider!, Cheap Thrills, Starry Eyes, and We Are Still Here, his Snowfort Pictures returns for 68 Kill, which Neece called "a perfect midnight movie. It's really fun, and a little bit campy."

Plus, if extreme gore is your game, then it'll be hard to beat Kodoku: Meatball Machine. FX maestro Yoshihiro Nishimura was the man behind the blood pump for beloved splatter flicks like Tokyo Gore Police and Mutant Girls Squad; now he returns with the sequel to the 2005 goo-gasm. "It's more goodness," said Neece. 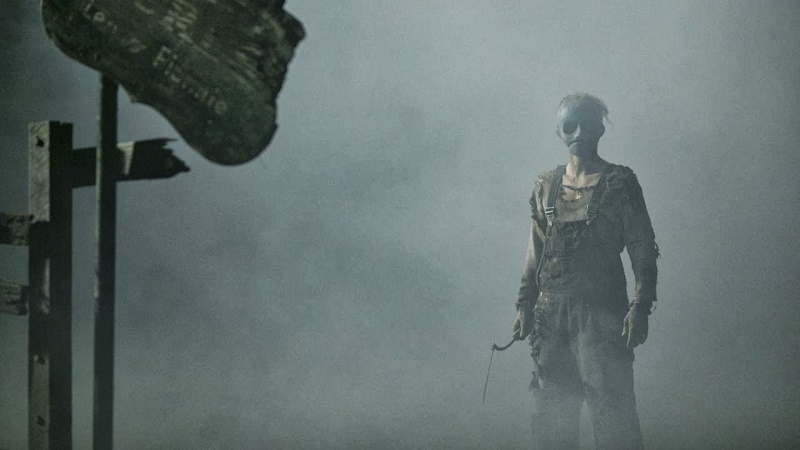 SXSW Midnighters favorite Behind the Mask: The Rise of Leslie Vernon gets a 10th anniversary retrospective.

However, while the list is debut-laden, there is still one festival circuit veteran, in Norwegian horror Lake Bodom, which premiered at London Film Festival last year. Yet it's not close to the oldest or most familiar title on the list. Neece and team have brought back one of the most beloved SXSW Midnight movies of all time: 2006's ingenious meta-horror Behind the Mask: The Rise of Leslie Vernon. Neece said, "When they wanted to bring it back, and they had a 35mm print, we were like, 'Yes, no-brainer.'"

There's also a rare screening of Adam Mason's incredible and divisive Pig. Mason had been on Neece's radar well before his 2015 Midnighter, the elegantly terrifying found-footage terror Hangman, and now he has convinced the extreme horror pioneer to bring his grisly and legendarily hard-to-find 2010 flick to Austin for one of its last ever showings (seriously: Mason has talked about burning the only known copy, KLF-style). Neece caught it when it debuted at Sitges International Fantastic Film Festival in 2010, "and it really hasn't been seen since then." It's stuck in his brain ever since, and he's talked to Mason about bringing it to Austin before. In the wake of the recent election, its blood-drenched political subtexts "seem more timely than ever, and this will be the last time it will be seen in theatres."

Not that the genre feel is restricted to the late night slots. Elsewhere on the schedule, Neece pointed to Prevenge and Colossal as having the Midnighter vibe, and even the narrative feature competition has some suitably dark titles, such as Like Me, Madre, and Us and Them. Then there are not-so-Midnighter but utterly out-there pictures like Peter Vack's Assholes and Poland's Satan Said Dance. However, there's something that defines the Midnighter. "The slow burns don't usually work as well at midnight," said Neece, "just because it's late and you need a little more upbeatness going on. So you're always looking for films that, for a lack of better words, are going to keep people awake."

It's not just Midnighters being added to the list today. Also on the schedule is The Disaster Artist, James Franco's take on the so-bad-it's-bad trainwreck that is legendary midnight movie fixture The Room. Neece called it "amazing. It's the funniest shit I've seen all year." Franco not only directs, but he plays the now near-iconic Tommy Wiseau. "He's embraced the laughter," said Neece, who described Franco's Wiseau as up there with drug dealer Alien in Spring Breakers for cinematic insanity. "It's just beyond," he said.

And speaking of pure raw midnight fodder, SXSW 2016 sees Doug Benson team up with local cinema baiters Master Pancake for the fifth St. Patrick's Day takedown of the Leprechaun series, the inappropriate-at-all-levels Leprechaun in the Hood. That just leaves Leprechaun: Back 2 tha Hood in the original films, but will SXSW ever see Benson take on the 2012 reboot, Leprechaun: Origins? "You tell me," said Neece.