The White House yesterday announced the lineup of the upcoming South by South Lawn event, featuring such names as Leonardo DiCaprio, musical group the Lumineers, and the cast of Netflix’s Stranger Things. 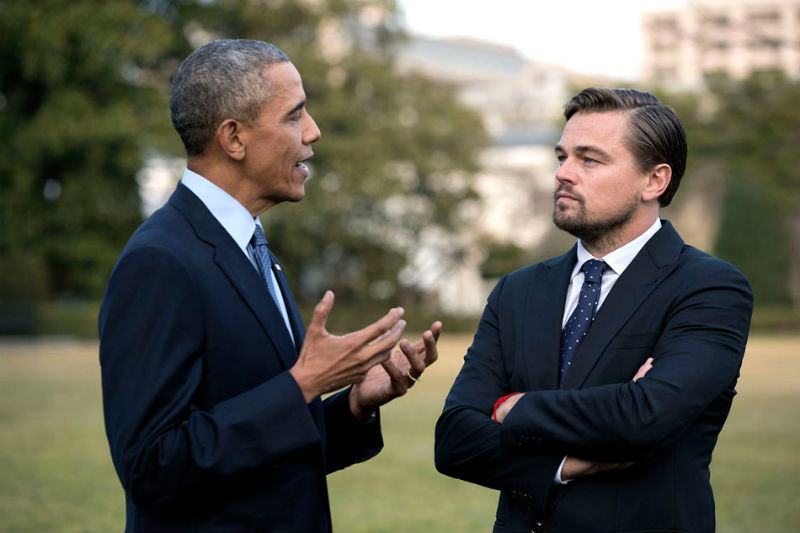 Photo courtesy of the White House (thanks, Obama)

The event, a collaboration between the White House and SXSW, will be headlined by a conversation between President Barack Obama, climate scientist Dr. Katharine Hayhoe, and walking heat wave Leonardo DiCaprio. The audience will then see an early screening of the climate documentary Before the Flood, produced by DiCaprio and presented by National Geographic.

Also presenting will be visual artist James Turrell and architect David Adjaye, who will discuss their efforts to push creative boundaries and accomplish difficult feats in their respective fields. Other speakers include activists and entrepreneurs such as Stewart Butterfield, CEO of Slack; Will Allen, farmer and CEO of Growing Power Inc.; and Krisztina “Z” Hollie, founder of MAKE IT IN LA.

It was also revealed that the White House Student Film Fest, a presentation of short films made by kids in grades K-12, will feature Stranger Things creators Matt and Ross Duffer as special guests. Members of the show’s cast, such as Millie Bobby Brown (Elle) and Caleb McLaughlin (Lucas), will also make appearances during the screenings.

Providing the soundtrack for the event will be musical acts the Lumineers, Sharon Jones & the Dap-Kings, and DJ Beverly Bond, with more performers still to be announced.

With South by South Lawn, the White House and SXSW hope to, according to the press release, “call on every American to roll up their sleeves and discover their own way to make a positive difference in our country.” The event will be streamed live over the internet as it unfolds on Monday, October 3, with streams available at www.whitehouse.gov, www.facebook.com/WhiteHouse, and www.youtube.com/user/sxsw.