Needless to say, there was a line to try it out 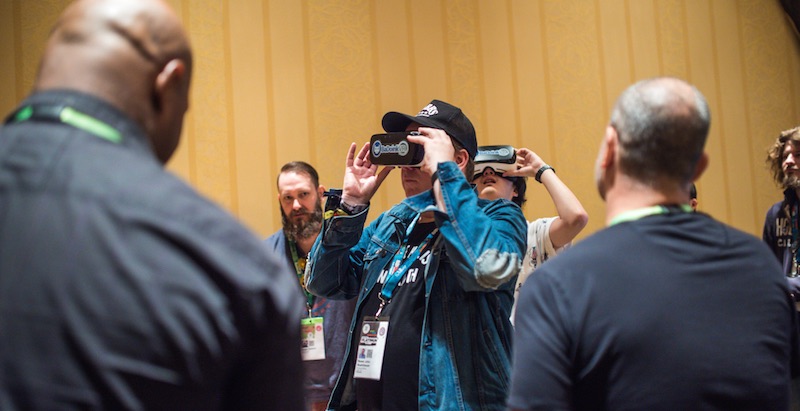 Alec Helmy (founder/president of XBIZ) moderated the panel, which focused primarily on 3D, holographic, and VR hetero content for men. Dinorah Hernandez, a content manager for BaDoinkVR, kicked off the conversation with a bit about the challenges writing for a 180-degree, first-person, VR scene. “In scene, you look down, and you see the guy’s body and the girl performing in front,” she said. “The issue with this is that most people do not want to hear the guy talk or moan. They don’t even want to see the guy touching the girl,” she said. In retrospect, that might seem obvious, but it’s affected the way she writes and develops content in unexpected ways. “In traditional porn, the guy was in a more dominant role,” she said. But since their fan base would really prefer he stay out of the shot, “She has to be more dominant and he has to be more submissive.”

An even less anticipated request from BaDoink’s online community? “This is the first time we’re seeing people request [fewer] sexual positions and more eye contact and dirty talk,” she said. They think it’s just too weird to have a first-person perspective without it.

Co-panelist Ela Darling, a VR cam girl and co-founder/creative director of VRTube.XXX agreed, adding that it applies to the cam world too. “People value the intimacy of the experience far more than the sexual experience,” said Darling. “[A successful cam girl] can really sell her performance and her persona and be the most authentic version of herself,” she said. That’s especially important with VR, because you “really feel like you’re in the same room as the person. If they are displaying any detectable artifice interacting with the cam, you feel like you’re in a room with a really hot girl who doesn’t really want anything to do with you,” she said. “And a lot of people experience enough of that in their real life.” 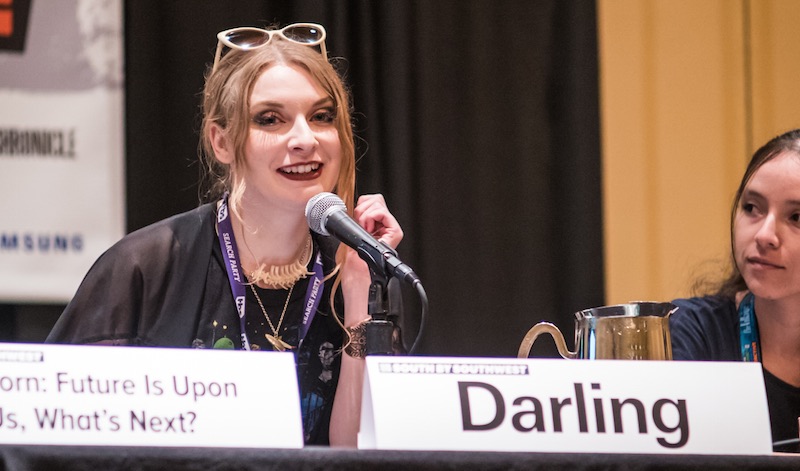 Unlike the more static, 180-degree or 360-degree scenes Hernandez discussed, Darling focuses on creating voice-to-voice interactive experiences, sometimes with girls in front of green screens so the backdrop can be changed. Down the road, she hopes to work in augmented reality (AR) so it seems like she or other performers are in the viewer’s room rather than the other way around. That’s still a ways off though. “AR is today where VR was 10 years ago,” she said.

Before and after the session, BaDoinkVR demoed 3D, 180-degree, and 360-degree scenes via a variety of devices. It probably goes without saying, but there was a line … of both men and women.

SXSW: Exploring Scent as a Storytelling Tool
Can you smell what the Fest is cooking?