“That’s what I’m going to be: The know-it-all about music.”

As Tony Visconti’s production career fast approaches the 50-year mark, his greatest hits still speak for themselves: Thin Lizzy, U2, T. Rex. And of course the ubiquitous David Bowie. Yet the famed studio guru isn’t some introverted tech geek. He’s a grand raconteur. 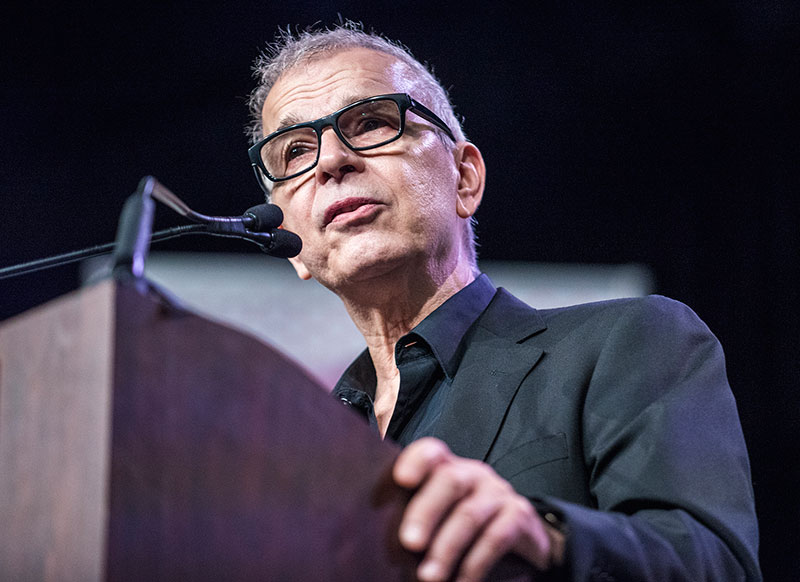 During his Thursday morning SXSW keynote speech, the 71-year-old Visconti shared lifetime stories, beginning with his childhood: his mother singing Neapolitan songs in the kitchen and his father performing “Sweet Adeline” with a barbershop quartet. He touched on his “idols,” Buddy Holly and the Beatles, and offered a humorous tale about spotting a lavender-donned Little Richard in a convertible Cadillac.

He spoke lovingly of his native Brooklyn.

“A place where you could hear Egyptian music, gospel, and soul coming out of people’s windows every day,” he waved.

Like his father, Visconti wanted to be “a star,” but he realized his true passion lay behind the engineering board after seeing how George Martin worked with the Beatles.

Bowie anecdotes came aplenty. The two took instant kinship to one another, sharing the same interests in underground San Francisco bands, the Velvet Underground, and weird foreign films. He recalled his initial impression of a 19-year-old Bowie.

“Which eye do I look at?” he cracked in reference to the Starman’s different colored eyes due to a teenage fist fight.

The producer even disclosed his onetime abhorrence for classic hit “Space Oddity,” telling Bowie, “What a cheap shot.” Moving on from Bowie, his storytelling expertise turned to a prophesy about the devastating state of the music industry as he read a passage from The Universe, a piece of fiction he’s working on. Set in 2026 Sydney, the story concerns Paul Chase, a label executive and die-hard Hendrix fan, who struggles to find hope in a money-over-talent industry.