After 30 albums and 46 years, a band goes through many phases. In fact, they become many bands. Rarely is that more true than with Faust. Emperors of krautrock, the Germans veered from ambient to doomy industrial and prog. Which version was Austin getting? One light on original members. 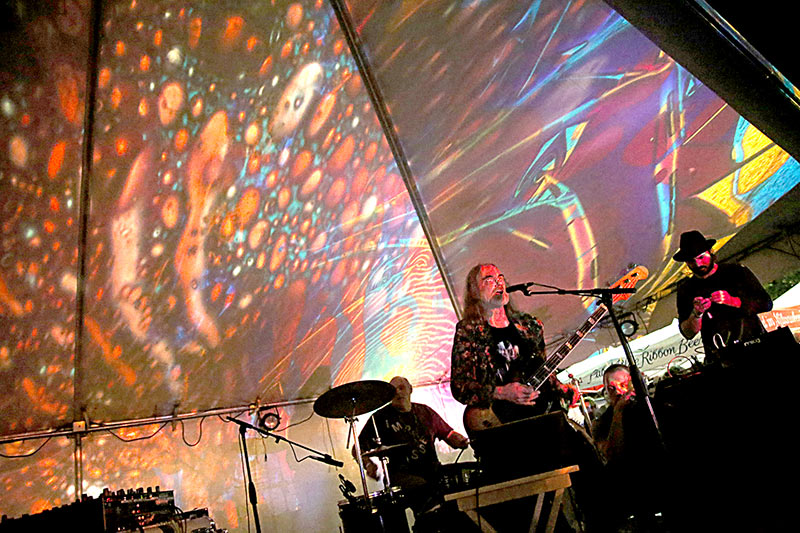 Down to Werner “Zappi” Diermaier and bassist/trumpeter Jean-Hervé Péron, plus sidemen, it was a shadow of Faust taking the Hotel Vegas patio stage Thursday night for a delayed set when they were supposed to be leaving. Following Niger guitar-rock hero Bombino, the quartet had to soundcheck on the fly, burning up more set time. Fellow avant-noiseniks Blanck Mass playing indoors would’ve made more sense.

Finally, levels set, what we got was lacking either the intellectual or sonic confrontation that was Faust’s trademark.

“That was the French national anthem," Péron intoned after a long, sloppy, hypnotic groove that went nowhere, and did it slowly.

This iteration was at its most monotonously psychedelic and flatly Dadaist. It felt retrograde, an experiment to prove a proven theorem. “Fresh Air,” with its squeaky door refrain, seemed on the verge of constant collapse, with only Zappi’s drums providing any stability. Experiments need space for failure, but this Faust seemed to be working in different laboratories.

After 30 albums and 46 years, a band becomes many bands. Sadly, this version of Faust isn’t one of the better iterations.