Bronx bard was never, ever a Dick Clark confection

Clad in black and wearing a beret, 76-year-old Dion DiMucci cut a compelling figure when he took the stage alongside Conan O’Brien house band leader Jimmy Vivino. The headliner on acoustic and the latter manning electric guitar, Thursday night’s storyteller session drew heavily upon the newly-released New York is My Home. 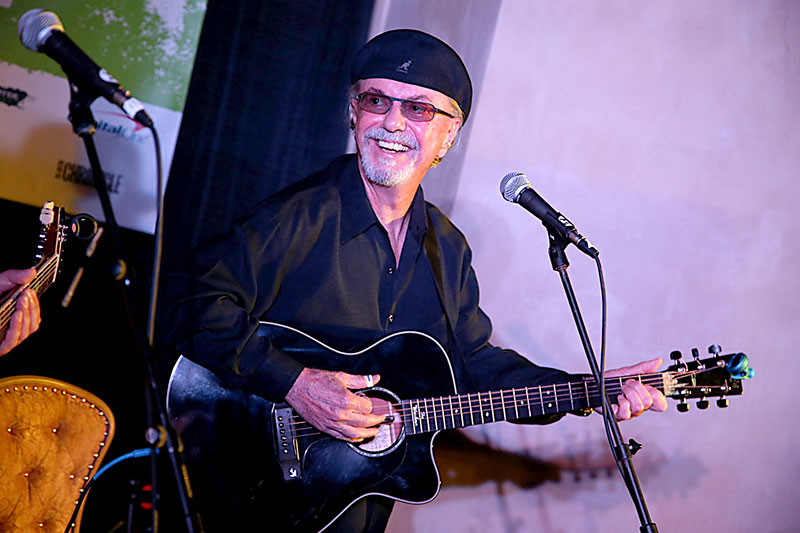 Introducing “I’m Your Gangster of Love,” Dion recalled wannabe Mafiosi hanging around George’s Bar in his native Bronx. The fact he mentioned the name of the bar hints at why he’s such an effective songwriter. Details matter.

Likewise, hearing Dion perform in an unadorned blues context drove home the degree to which he introduced an undercurrent of raw, ribald emotion into seemingly cheery AM pop hits. Freewheeling stud fantasy “The Wanderer” still sounds appropriately nasty more than 50 years later. That never happens with a Dick Clark confection.

As a 19-year-old leading Dion & the Belmonts, he narrowly avoided being on the same plane that crashed and killed Buddy Holly, Ritchie Valens, and J.P. “Big Bopper” Richardson. Then he had to keep playing the Winter Dance Party to its conclusion. “Visionary Heart” found DiMucci entering a dream as a mechanism of coming to terms with the tragedy.

If the performance was a bit uneven, the catharsis was palpable.

1961 chart-topper “Runaround Sue” was the logical closer. The crowd augmented the sparsely arranged rendition with singing and clapping that belied the Driskill Hotel’s themed Victorian Room. Queen Victoria wouldn’t have had a chance against high emotion, pelvic thrust, and Dion’s magic touch.