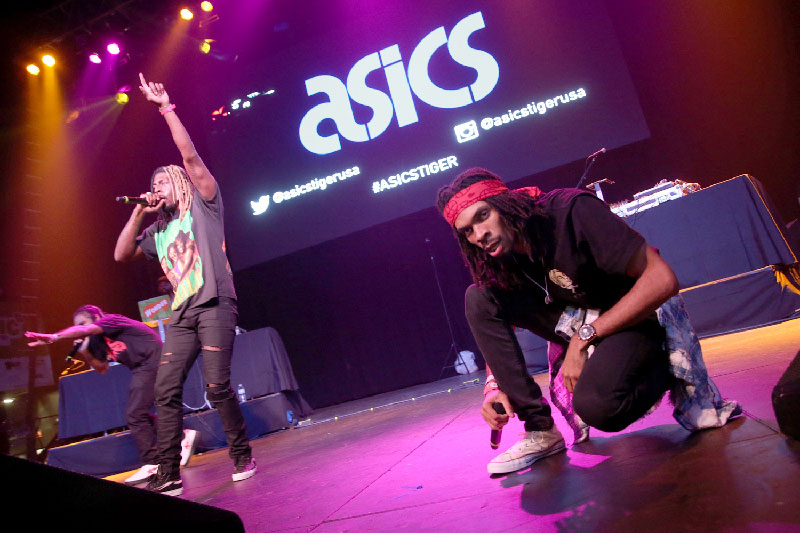 Despite the lackluster early part of their set due to blown speakers, Flatbush Zombies transformed the crowd into a war zone, encouraging mosh pits with their psychotropic and off-kilter catalog. Straight off the release of their debut album, 3001: A Laced Odyssey, the Brooklyn trio channeled the wry, gruff humor of Ol’ Dirty Bastard with the lyrical prowess of Gravediggaz that was fraught with nihilism as braggadocio rhymes were juxtaposed with suicidal thoughts.

Notoriously known for his headline controversies of assault allegations and sleeping with his cousin, Kevin Gates’ black shirt read “They Ask Me If I’m Real.” His mantra, “I Don’t Get Tired,” was as palpable as scrapping banger “Wish I Had It” and hustler ode “2 Phones,” all of which surged the crowd into a frenzy. Mid-performance, the Louisiana native told the audience of his problems with depression, giving darker meaning to the suicidal “Told Me.”

“I’m just the realest you done met,” he raps on “Ain’t Too Hard,” and you can’t help but believe him.

Closing was surprise guest Wale, who was mostly caught smoking and crowd-surfing rather than performing. The D.C. rhymesmith only played a few songs and then went straight to signing autographs, ending the night on an unexpected and impromptu note.