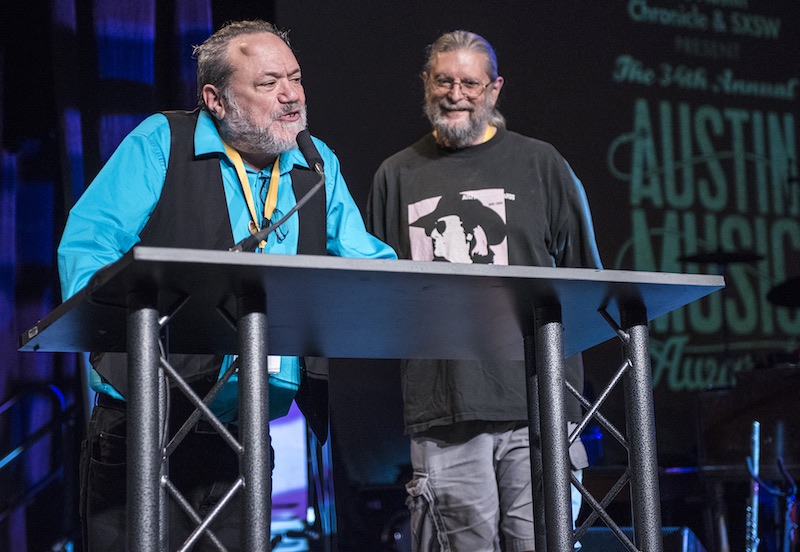 Meanwhile, the passing of SXSW co-founder Louis Jay Meyers last Friday – news that had spread as President Barack Obama spoke for the Interactive portion of the local mega conference – resonated first thing as Chronicle Editor Louis Black dedicated the evening in the Hilton’s grand ballroom to his friend and former business partner in his introduction with Chronicle Publisher Nick Barbaro, another of the original SXSW founders.

Austin’s musical roots reach deep, but roots are measured by the lives they inform. Both Ray and Meyers seeded foundations that branched meaningfully throughout the capital’s music scene over the past three and four decades. Same for native son Sims Ellison of onetime hard rock heroes Pariah, whose tragic death subsequently saved untold numbers of lives through the establishment of the SIMS Foundation, and even Antone’s, which in providing a “Home of the Blues” continued a musical legacy spanning 40 years and one new generation after another. 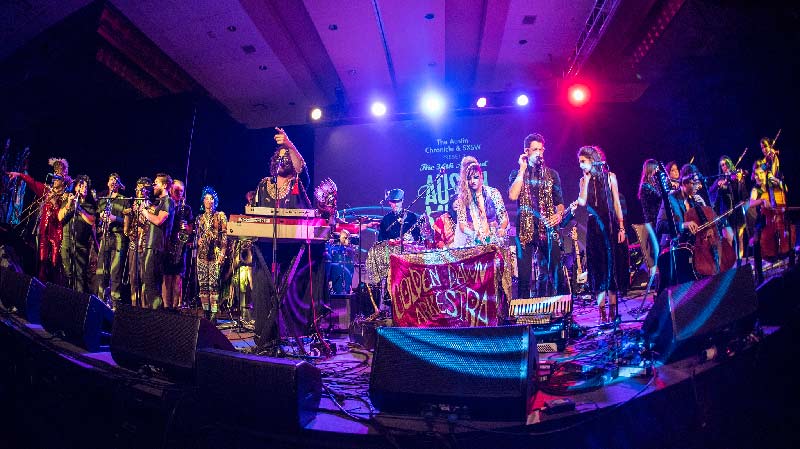 KUTX personalities Laurie Gallardo and Rick McNulty reprised their hosting roles from last year, keeping up a brisk, lively pace all evening to counter a late start. The delay may have been prompted by setting up the unprecedented opening musical salvo of “Freaks and Geeks,” keeping Austin weird to the extreme. Local composer and post-punk Peter Stopschinski and the show’s first violinist Jenavieve Varga torqued groundbreaking ATX punks the Dicks’ “Wheelchair Epidemic” into a dramatic classical violin and piano neo-noir, before chamber pop philharmonic Mother Falcon and cosmic groove troupe Golden Dawn Arkestra packed over 30 artists onstage for a trio of numbers topped by a full-on orchestral mash-up of Earth, Wind & Fire’s “Shining Star.” 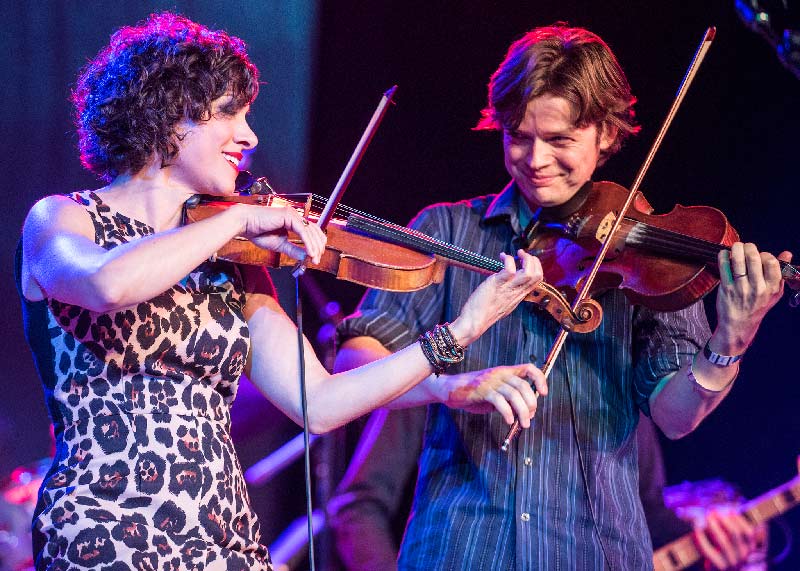 The extensive changeover for the “Blazing Bows” tribute to Johnny Gimble left Asleep at the Wheel’s Ray Benson improvising through an extended introduction until finally turning to the band and asking, “Are y’all waiting for drugs?” Once Warren Hood raised his bow, everyone got high. His all-star fiddle fête featured former Asleep at the Wheel stringmaster Jason Roberts, instrumental wizard Erik Hokkanen, and eventually Carrie Rodriguez, with Dick Gimble, Johnny’s son, on bass, and his daughter Emily Gimble – Asleep at the Wheel pianist/singer – on keys. The strings squared off through “Under the X in Texas” and “The End of the Line,” and finished with new AMA Hall of Fame inductees the Flatlanders sharing rounds on “Roll in My Sweet Baby’s Arms.” 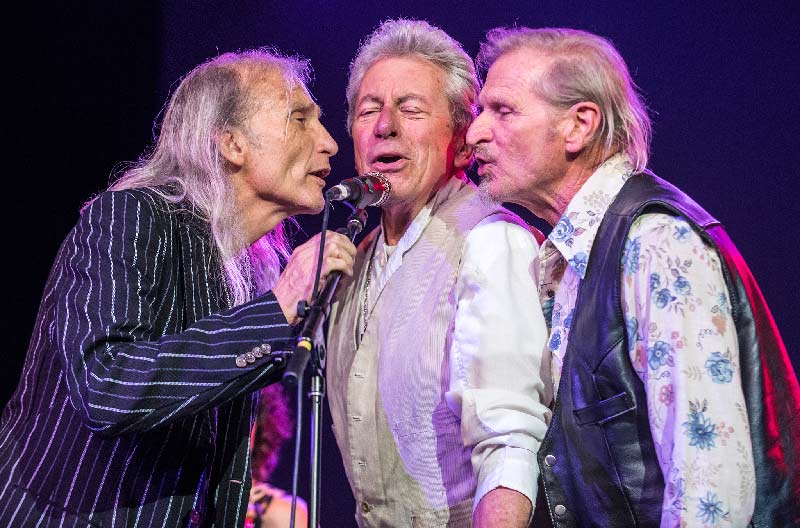 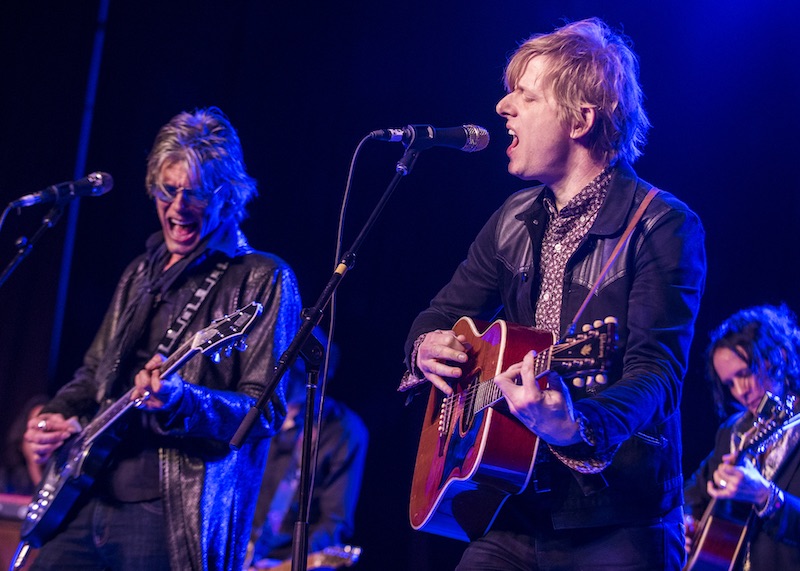 “It wasn’t that long ago we were hanging fliers,” marveled Katy-born, Austin-educated actress Renée Zellweger in introducing SIMS’ 20th anniversary celebration, led by AMA musical director Charlie Sexton and Sims’ brother, Kyle Ellison. The selected covers set offered up Jeremy Nail caressing Gram Parsons’ “She,” the Happen-Ins exploding the Stones’ “Rip This Joint,” Doyle Bramhall II unloading ZZ Top's “I Thank You,” and Sexton and Spoon’s Britt Daniel joining forces with a stageful of musicians to turn out a dazzling revamp of David Bowie’s “Moonage Daydream” as Hood and Varga rejoined on strings. 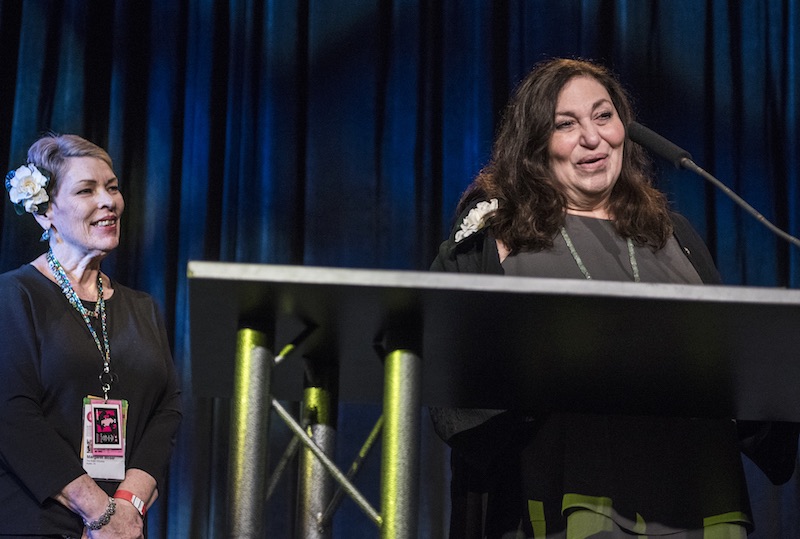 Capping the night’s awards, Riders Against the Storm repeated as Band of the Year, and Bob Schneider lined another wall, capturing Musician of the Year, Best Male Vocals, Best Songwriter, Song of the Year, and Album of the Year. Final word went to Susan Antone, accepting the inaugural Margaret Moser Award from its namesake. Jimmie Vaughan then blistered his own tribute to Antone and the iconic club with “I Like It Like That” and led a down-home show within a show, featuring Lou Ann Barton’s still-raw vocals, accordionist and New Orleans scion C.J. Chenier’s Creole zydeco accents, and Barbara Lynn’s soulful southpaw guitar, including her signature hit, “You’ll Lose a Good Thing.”

Midnight had struck a good while earlier by the time the familiar opening blast of Paul Ray’s Twine Time radio recounting of vintage R&B, blues, and soul beckoned Robert Plant back to an Austin stage. 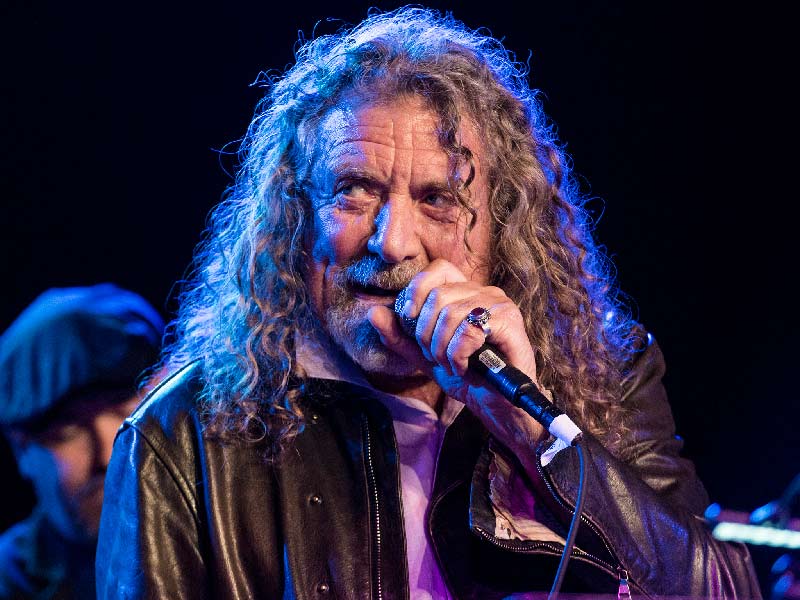 “That [show] was my anchor so often as I made my way through this town, at least sonically,” declared Plant of his years living locally (2011-14), before jumping into the Coasters’ “Young Blood” with Sexton and Vaughan backing.

Upstaging previous AMA superstar special guests Pete Townshend and Bruce Springsteen in that his participation was pointedly personal rather than a guest spot, the singer arrived loose and clearly excited to honor Ray with music they both loved. Plant dug deep into Jive Five B-side “When I Was Single” and Clyde McPhatter’s “Let the Boogie Woogie Roll,” relishing the opportunity to indulge his own musical roots with a boyish grin throughout. Rock & roll’s golden god and still lion of the pride then picked up a tambourine and added harmonies to a full-stage jam of the Alvin Cash tune that became Ray’s signature theme and will now goosebump Austin forever after. 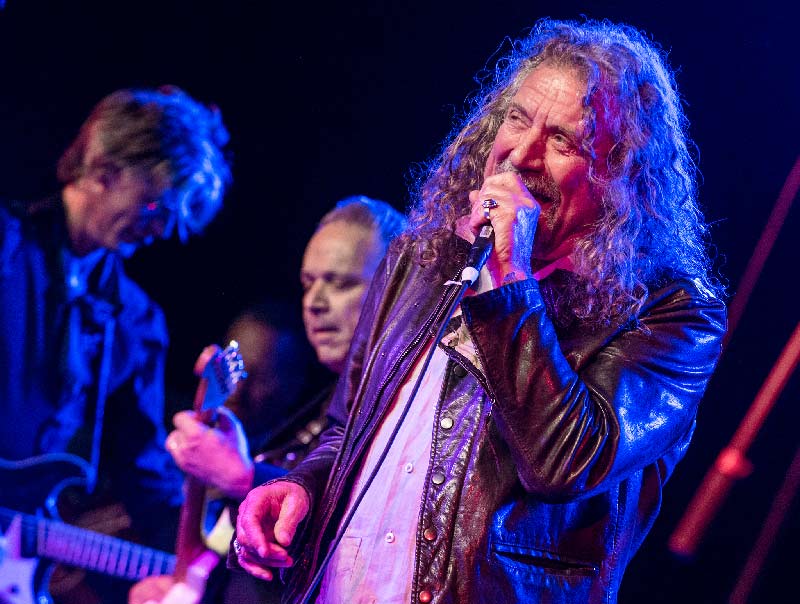 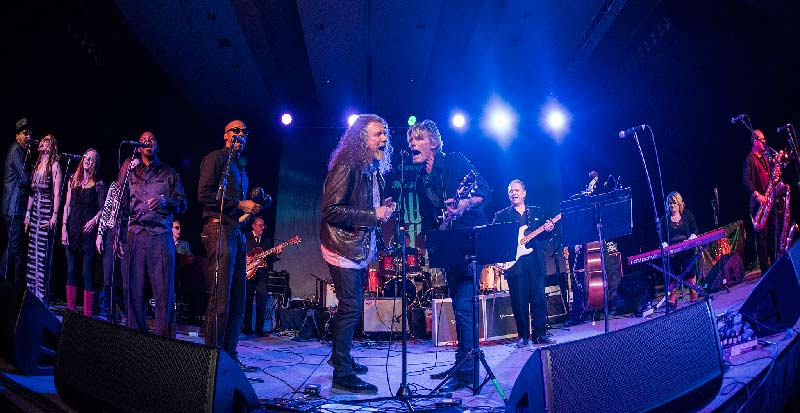