By the time UK quintet Sad Lovers & Giants released its first album in 1982, their brand of atmospheric post-punk had been well established by contemporaries the Comsat Angels, the Sound, and the Cure. 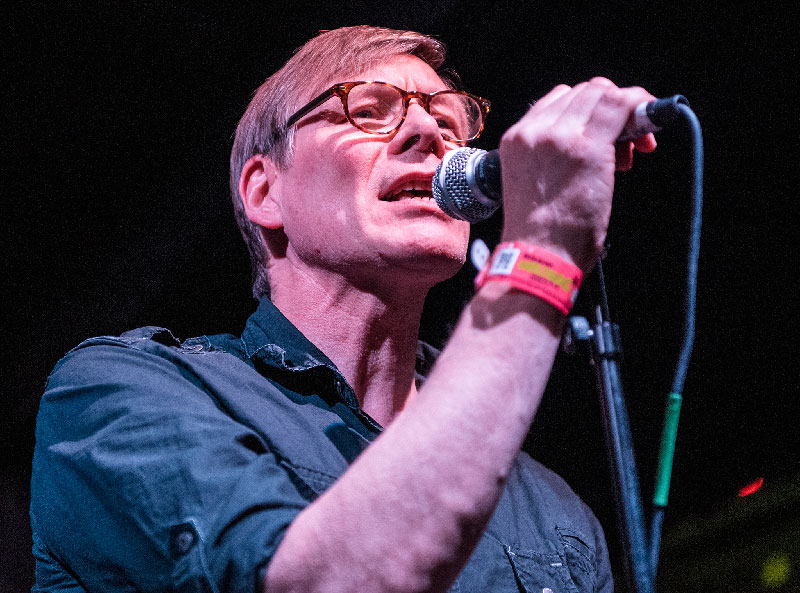 That doesn’t mean the Lovers weren’t experts at what they did. Their oeuvre established the group as masters of a very British blend of anthemic pop, brooding goth, and jangly psychedelia. Even now, the band knows where its strengths lie: Six of the seven songs from its first U.S. gig in a 35-year history came from Epic Garden Music and Feeding the Flame, SL&G’s first two albums.

Powered by Tony McGuinness’ ringing echo guitar, Will Hicks’ moody synths, and leader Garce Allard’s reserved croon, opener “In Flux” stated the band’s purpose with authority and easy mastery. Creeping crawler “Vendetta” aside, the rest of the set followed suit, and if the band pulled out the same bag of tricks on every tune, it still managed to keep shoulda-been college rock hits “Things We Never Did,” “Alice (Isn’t Playing),” and “Imagination” from sounding repetitive.

By the time the Lovers ended the set with the fiercely rocking “Colourless Dream,” its loving grasp on its chosen métier had converted newbies as powerfully as it pleased the faithful. Hard to say why Sad Lovers & Giants didn’t achieve even the modest success of its peers, but there’s something to be said for being expert practitioners rather than originators.