Kicking off the first night of SXSW Music at the Festival’s own opening party, Martin Guevara’s bright orange, Saturday Night Fever-esque attire fit perfectly. Given that his Argentinean band Capsula was performing its full-length cover of David Bowie landmark Ziggy Stardust and the Spiders From Mars, what else could he wear? 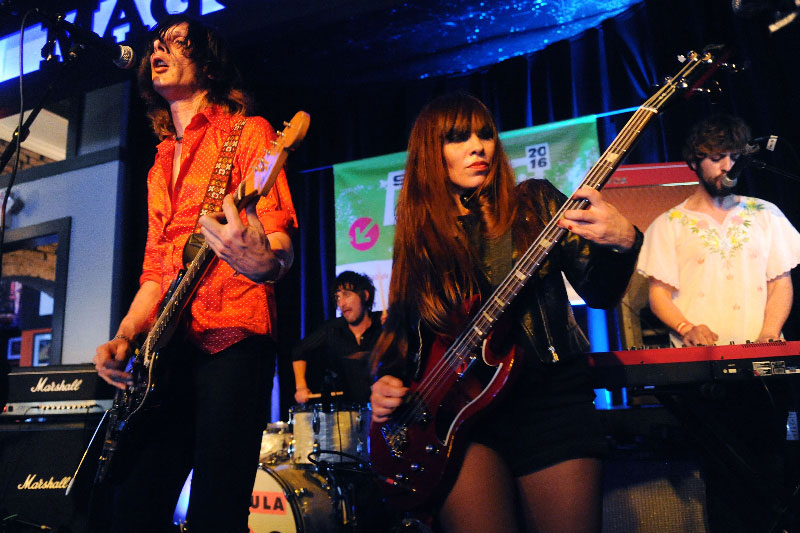 Based in Spain, his psychedelic rock quartet already lingered along the Starman’s Eighties CinemaScope sound – Labyrinth-ian, leather, and kaleidoscopic.

All in black leather, bassist Coni Duchess manned the mic in the fuzz-churning “It Ain’t Easy,” which transformed into an anthemic strut of harmonized guitar. Crowd pleasers like the bludgeoning “Ziggy Stardust,” punk shot “Suffragette City,” and ubiquitous “Starman” enthralled the crowd in a Thin White Duke remembrance as celebratory as it was bittersweet. Capsula closed with Diamond Dogs’ “Rebel Rebel,” which felt nothing short ecstatic.