Local officials weigh in on the Uber/Lyft debate

SXSWi panelist and councilmember, Ann Kitchen requested a change to the title of the panel Innovation vs. Regulation in Austin. “It’s not ‘versus’” she said. “We’re talking about innovation and regulation.” A graceful intro from someone at the center of Austin’s transportation/regulation debate. 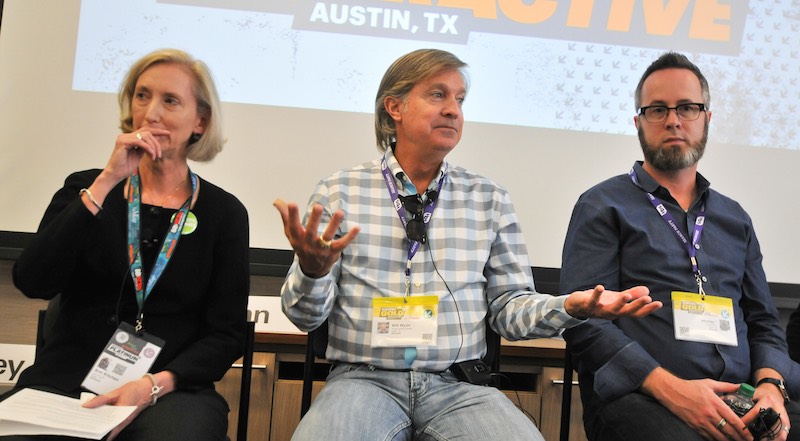 Transportation Network Companies (TNCs), like Uber and Lyft, are currently at odds with a new Austin policy that regulates TNCs more like other transportation options. Kitchen voted with the council majority in favor of increased regulation. Soon after, a dubious petition by the group Austin4All PAC called for a forced recall election of her seat. The petition later died at the City Clerk’s office. The panelists referred to the issues around the controversy (not specifically to it) as “the elephant in the room.” All found the adversarial air between certain tech companies and Austin regulators unfortunate. Thoughts on whether safety regulations stifle innovation then dominated the panel’s discussion, which was moderated by Meg Merritt (executive director for transportation projects at RideScout). In addition to Kitchen, the three-person panel included: Will Wynn, two-term Austin mayor (2003-2009), and William Hurley, aka “Whurley,” founder and CEO of Honest Dollar.

Wynn drew a comparison to the challenges we face today with ride-sharing app regulation to building regulations challenged during his tenure − further offering an anecdote from a 2009 real estate function. “Seemingly two-thirds of the lane miles Downtown were behind barricades because something was being built,” said Wynn. But industry leaders were “griping” − asking for “help getting through all the [building] regulation,” he said. People worried no one would build. The weird thing to him even today? If you look out any window, “there is nothing but tower cranes.” Suffice it to say, he thinks some might be exaggerating the problem.

Whurley suggested business leaders and government officials do a better job of sharing the responsibility of public safety. “Why isn’t this a free market problem rather than a regulatory issue?” asked Whurley, who then quickly brainstormed updates to ride-sharing apps that could potentially mitigate some safety concerns. His position requires consumers to hold both private companies and government officials responsible for public safety solutions, and it requires business leaders to consider ongoing compromises. On that latter point, he had this to say: “It is childish, and there’s no other word for it,” said Whurley, “for any venture capitalist or any other person who is in a position of power or authority to say ‘I’m going to take my ball, and go home.’ It just is.” 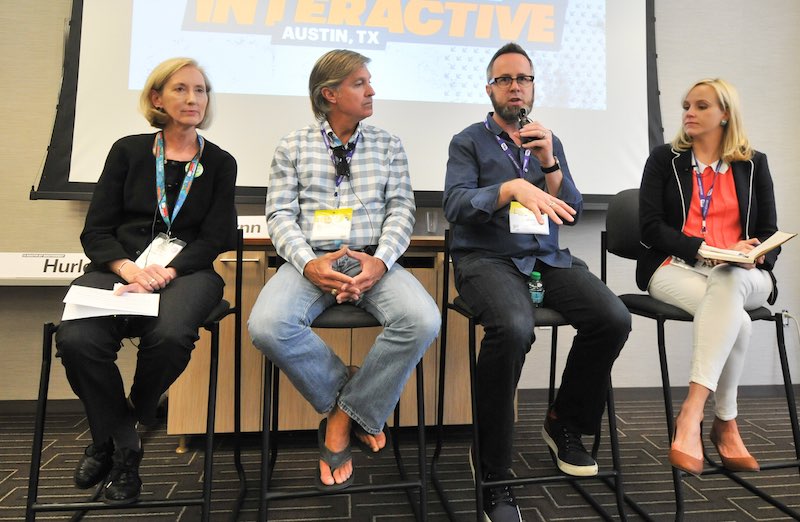 Will Wynn is clearly ready for spring break. (photo by John Leach)

Innovation vs Regulation in Austin