The Strange Case of Beware the Slenderman 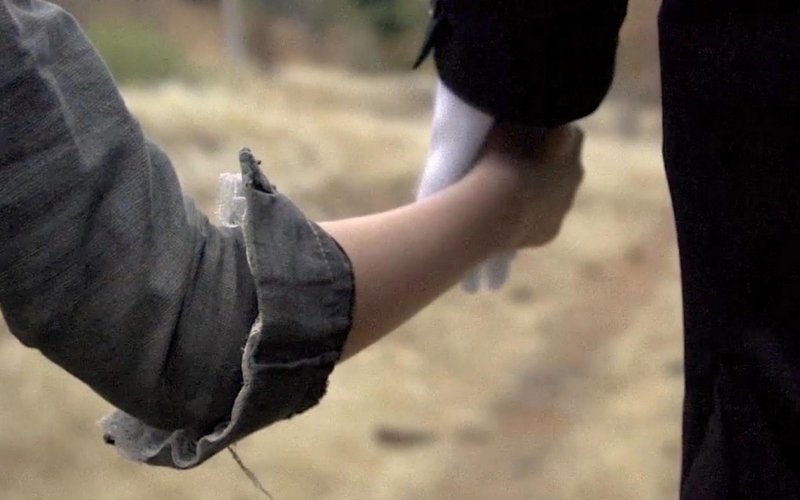 In 2014, documentarian Irene Taylor Brodsky opened her email to find a message from her producers at HBO. It was a New York Times story about a bizarre crime in Wisconsin. "They sent me a link to the article, and nothing else," she said. "It was just jaw-dropping."

It's the kind of crime that society has a hard time wrapping its head around. Three pre-teen girls had a sleepover. The next day, two of the girls – Morgan Geyser and Anissa Weier – tried to murder the third, Payton Leutner. She survived, and when Geyser and Weier were found and arrested, they told a bizarre and seemingly implausible story: that they were trying to sacrifice their friend to the mystical creature Slenderman, and now they were going to live with him in his mansion in Nicolet National Forest.

Their story may sound implausible to anyone looking for simple answers about good and evil. However, to Brodsky, it was all too plausible. She'd spent the previous six months researching for a documentary on how the constant barrage from the Web with which people are deluged via the Internet, and being constantly connected by social media, is affecting development. When she read the Times story, she said, "It was so much of what I was finding in my research."

The Slenderman stabbing, as it became quickly known, spoke directly to those issues: Two girls bombarded with information, without the tools to process what it is they are absorbing. "They were 11 years old," Brodsky said. "When they fell in love with Slenderman, this was in the the 11th year of their lives."

It was only an accident of geography that the case ever came to the public attention. The Wisconsin legal system is particularly aggressive on treating kids as adults. Brodksy said, "If this had happened in other states, this would have been in the juvenile system and we never would have heard about it."

Much of the reporting has talked about "dark corners of the web," but Brodsky's documentary portrays Slenderman as a cipher – a tabula rasa, as blank as his featureless face, for people to fill with their own creativity, or hopes, or terrors. "It was very intuitive to me not to demonize the Internet," Brodsky said. Instead, she focused on the intersection between online culture and neurological development, and how kids are not as ready for the real or virtual worlds as adults may think. "They don't develop that bullshit radar where you go, 'Oh, that's Photoshopped.'"

From her prior research, Brodsky was already deeply immersed in the developing field of juvenile brain development, but knew nothing about Slenderman. "It took me all of one hour to become completely immersed," she said. Invented in 2009 by Something Awful forum user Eric Kundsen, the faceless creature in a suit was his response to a challenge to insert something paranormal into a regular photo. The images, and then the concept of Slenderman, went viral: then it became something more, a modern fairy tale that was being rewritten and amplified by the online community.

Brodsky said, "What fascinated me was that the mythology was being transmitted through all the varied forms of the medium." It wasn't just Knudsen's work: short stories, fan art, even video games followed quickly. "People were creating their own films about Slenderman. There were two, no three serials. It becomes this very dynamic experience. It's not just hearing a Grimm's fairytale when you're a child, or watching Freddie Krueger."