Events get canceled at SXSW every year. Bands drop out, films have technical issues, panelists and moderators oversleep. However, the festival has announced that two panels scheduled for SXSW Interactive 2016 have been canceled over security concerns. 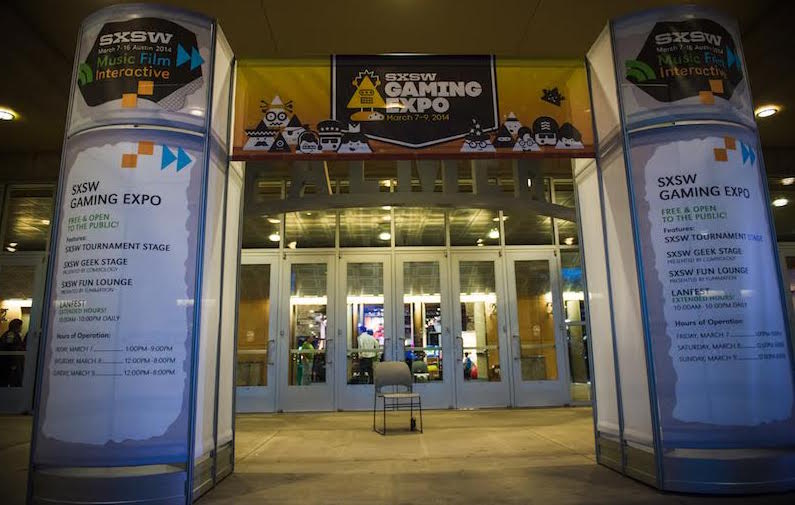 SXSW Interactive is no stranger to controversy, as 2014's Skyped interview with Edward Snowden proved. (Full disclosure: SXSW was co-founded by Chronicle publisher Nick Barbaro and editor Louis Black, and they remain directors of the festival.) The two panels in question both related to the increasingly fractious questions of online interactions and harassment.

The broad concern is that the issue has become so contentious that neither side – broadly painted as Gamergate and anti-Gamergate – would ever sit in the same building, and that everyone else was afraid to get in the fray. SXSW, with its commitment to broad tent debates, seemed like the ideal venue for these discussions, to break those barriers and end the chilling effect on debate.

However, in the short week since the festival announced over 500 panels for 2016, the hope that hosting these two events on neutral ground could foster some broader discussion seemed to evaporate. After SXSW received what it referred to as violent threats, the decision was made on Monday to cancel both panels.

The first panel – #SavePoint: A Discussion on the Gaming Community – was going to be part of the SXSW Gaming track. It was to be presented by Emmy-winning journalist and Society of Professional Journalists president-elect Lynn Walsh, with self-described game designer and Open Gaming Society activist Mercedes Carrera, PixelMetal head of development Nick Robalik, and Open Gaming Society founder Perry Jones. Carrera, Robalik, and Jones have all spoken out in favor of Gamergate in the past. The subjects covered were to include "the current social-political climate within the gaming community [and] the importance of journalistic integrity in video games' media," the latter seen as language proving this was going to be a pro-Gamergate panel.

While unrelated, it was increasingly becoming seen as counterpoint to the other panel: Level Up: Overcoming Harassment in Games. Featuring Caroline Sinders of IBM Watson, Gamasutra writer Katherine Cross, and Randi Harper, founder of the Online Abuse Prevention Initiative, it was going to tackle not just online harassment through external social media, but also how game design affects user experience, and how the user interface can enable or diffuse gamer friction.

Harper released her letter from SXSW confirming the cancellation, and noted that it implied that it was only her panel that had elicited threats. She went on to state that other conferences and festivals had received similar threats when she was scheduled to appear, and had simply provided enough security on the day to keep things on track.

Explaining the decision, SXSW Interactive director Hugh Forrest issued a statement yesterday titled "Strong Community Management: Why We Canceled Two Panels for SXSW 2016." In it, Forrest said, "SXSW prides itself on being a big tent and a marketplace of diverse people and diverse ideas," and that the event had hoped the panels would lead to a "valuable exchange of ideas on this very important topic." However, after receiving "numerous threats of on-site violence related to this programming," the decision had been made to pull both panels.

Conceding that this is an extraordinary step, Forrest wrote, "Maintaining civil and respectful dialogue within the big tent is more important than any particular session."

As if to prove Forrest’s point, the Internet quickly exploded over the announcement, both sides throwing accusations about the anonymous threats at each other. The festival has also been accused of proving the point of anti-harassment campaigners about a chilling effect, with former SXSW guest Neil Gaiman calling Forrest's statement "a new way of saying 'We are very scared.'"

Organizers of both panels have tried to not fan the flames. When asked about her panel being dropped, Walsh simply tweeted that "unfortunately it is cancelled."

Jones quickly posted a response via the Opening Gaming Society site, with a core message to "everyone, GamerGate, anti-GamerGate, and everything in-between: Don’t attack SXSW for this. They did what they felt was best for their team(s)." He continued, "[SXSW staff] want to encourage open discussions, but they don’t want to fuel a vicious online war between two sides who are extremely opposed to one another." Jones has said that he will try to reschedule the event outside of SXSW.

However, SXSW has faced criticism for false equivalence, for failing to protect speakers, and for sending a message that online threats work. Expressing her own frustration with the decision, Cross tweeted that "our panel was about the issue of harassment in tech generally, not GG. I and others have tried to put GG behind us."

SXSW is already coming under pressure to reinstate both events, including a threat of a boycott from a major online media group. BuzzFeed is scheduled to have staff on six panels at SXSW 2016; however, this morning President of BuzzFeed Motion Pictures Ze Frank, publisher Dao Nguyen, and editor-in-chief Ben Smith co-signed an open letter to Forrest, saying the company will completely withdraw from the festival unless they go back on the schedule. The letter concludes that, with five months to go, "We are confident that you can put in place appropriate security precautions between now and then."

On Tuesday, Oct. 27, Vox Media announced that they would withdraw their participation at SXSW Interactive – Vox Media CEO Jim Bankoff is currently listed as a featured speaker – unless the panels are reinstated. They released a statement reading in part, “We have reached out to SXSW organizers and ask that they host a safe and open discussion of these issues, rather than avoid them. Vox Media will not be participating in this year’s festival unless its organizers take this issue seriously and take appropriate steps to correct. We will work to find an alternative forum for this conversation and invite others who feel the same to join us.”

Forrest released a second statement on Oct. 27, stressing safety is a "top priority" for SXSW. "We are working with local law enforcement to assess the various threats received regarding these sessions," he wrote. "Moving forward, we are also evaluating several programming solutions as we continue to plan for an event that will be safe, meaningful and enjoyable for all involved. We will provide more information soon."

Editor's note: This post has been updated to clarify that Mercedes Carrera, Perry Jones, and Nick Robalik have all previously spoken out in favor of Gamergate, and to note Vox Media's announcement on Tuesday. It has also been updated to show new statements from SXSW.