Just outside the Palm Door, a steel drum band from Trinidad marched down Sixth Street in the rain Friday night. It proved the perfect prelude to a dual showcase that was “all about the waist,” as Congolese-British comedian/emcee Eddie Kadi put it.

Two-way cultural pollination was very much in evidence as one walked from the indoor African music stage to the outdoor Caribbean stage. Sets changed, but the rhythms never ceased and the connections between traditional West African sounds and its diasporic offspring were always in sharp focus.

Then again, this wasn’t the Afrobeat of Rough Guides and public radio. This was the stuff of strip malls, sometimes taking as many auto-tuned cues from KISS-FM as Fela Kuti. Yet even as a smaller world breeds a more universal mainstream, this music maintains a firm sense of place. This became apparent in live performance as the crowd sang and danced throughout. With a fivepiece band, Accra, Ghana’s Samini touched upon dancehall, hip-hop, and R&B in his update on Ghanaian highlife music. “Where My Baby Dey” borrowed the bass line from Ben E. King’s “Stand By Me” to build an unrequited love vamp. Proving why he won Best Live Performer at the 2008 MTV Africa Music Awards, the rapper prompted a lighter-style phones-in-the-air moment during “Sweet Mistake.”

Meanwhile, Kabaka Pyramid & the Bebble Rockers played a politically-charged blend of reggae, dub, and rock in the tent outside. The Kingston, Jamaica fivepiece railed and toasted against everything from governments to pharmaceuticals. Laza Morgan, son of reggae legend Denroy Morgan, took a more commercial tack with a reworking of Ace of Base’s “All That She Wants.” 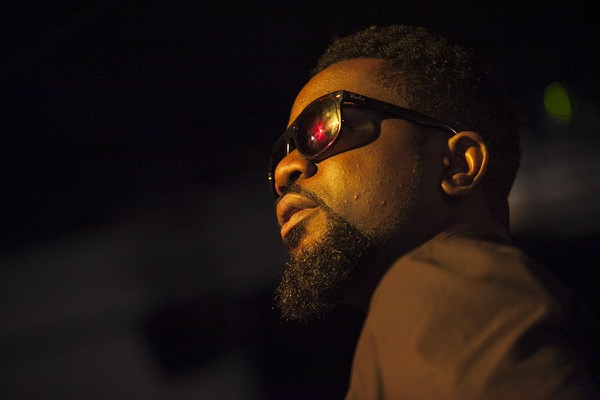 Rapping in English and his native Twi, Ghana’s Sarkodie worked a jaw-dropping number of syllables into each bar. Then he brought out Ice Prince for their collaboration, “Shots on Shots.” The latter Nigerian MC’s own set featured a much-ballyhooed rendition of aspirational anthem “Aboki.”