How to start a musical movement: Take the music your parents like, combine it with the music they don't, add a healthy dose of counter culture, and play it to a dance floor. It helps to choose a catchy name, like, say, the boogaloo. 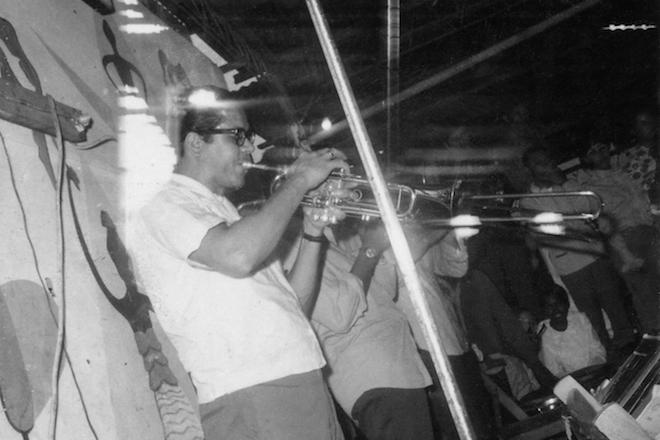 Born out of young New York Puerto Ricans' disillusionment with their parents' mambo music and the social unrest of the Sixties, boogaloo mixed elements of traditional Latin music with doo-wop, jazz, and rock to create a funky new sound that stormed the city for a few brief years in the late Sixties. We Like It Like That tells the story of the birth, life, and premature death of the genre, straight from the mouths of some of its most iconic musicians.

Latin music nerds will flip out to hear larger than life performers like Johnny Colon and Joe Bataan recount the creation stories of hits like “Boogaloo Blues” and “Gypsy Woman,” but there's still plenty to enjoy for people who don't know the mambo from the cha-cha-cha. The music is infectious, the cultural backdrop of New York City gives a rich context, and first-time director Mathew Ramirez Warren has a knack for patching together compelling quotes to keep the narrative on track.

But perhaps what's most endearing about We Like It Like That is that it's truly an American underdog story. Most of the musicians came from and returned to humble lives after the boogaloo movement ran its course, making their nostalgia as fun to listen to as it is for them to share.