SXSW Film Review: They Will Have to Kill Us First

Johanna Schwartz’s documentary on the plight of Malian musicians forced to flee their homes after the fall of neighboring Libya’s Muammar Gaddafi sparked a bloody jihadist uprising in their own country is flat-out mesmerizing. 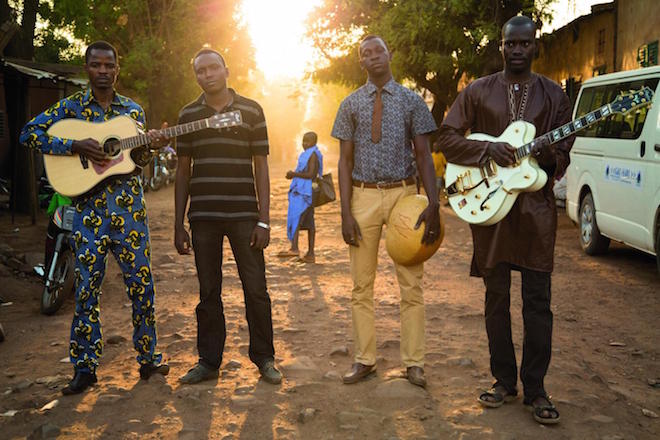 Social journalism of the highest order, They Will Have to Kill Us First is by turns horrific and front-loaded with sonic heroism. It’s also one of the most vibrantly shot and masterfully edited documentaries of this or any other SXSW year. As Mali’s ancient cities of Gao and Timbuktu fall under the sway of Sharia law – which bans all forms of music – bands like the punky Songhoy Blues and ethereal desert chanteuses such as Khaira are driven from their families into Burkina Faso and elsewhere. As Schwartz’s doc makes all too clear, there’s still conflict raging in Mali, but thanks to international attention from Britpop legend Damon Albarn (Blur, Gorillaz), the end result must be a humiliating blow for Al-Qaeda like-minded musical haters: Songhoy Blues are right here in Austin right now,  playing their infectious Malian roots rock to adoring crowds. Talk about three chords and the truth? Take that, ISIS.

They Will Have to Kill Us First