The short film may be the perfect medium for horror: A concise, razor-keen concept can slash and burn, and the fact that the audience does not spend feature-length time with the characters means less emotional time when they are dispatched.

That reenforces the need to make the concept watertight (and bloodproof): Or, at minimum, imply enough of a wider world to let the viewer take their own path. 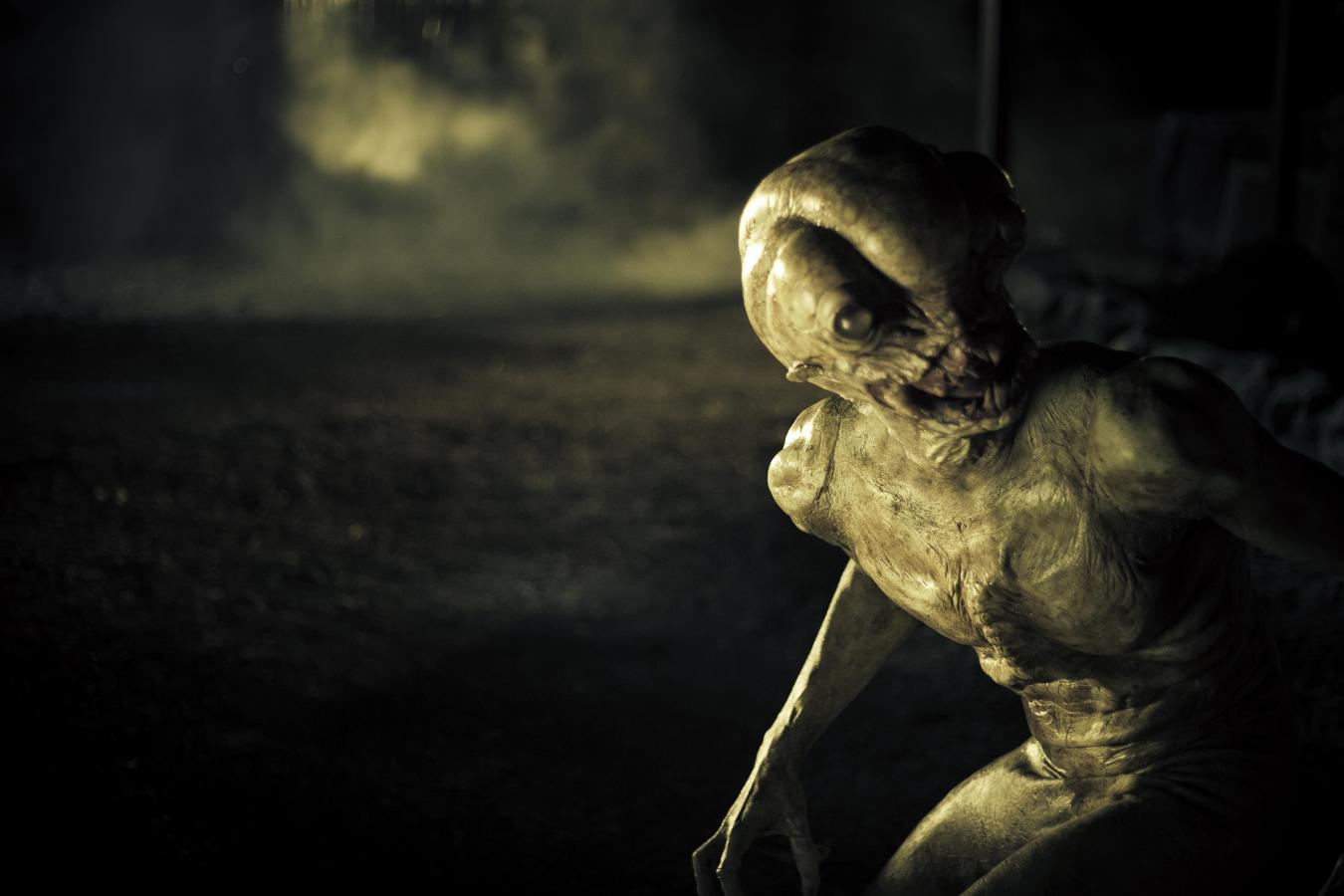 Something sinister stalks the green fields in "Welcome to Willits: After Sundown"

That's why Midnight Shorts opener "Bag Man" partially fails, and "Welcome to Willits: After Sundown" succeeds so completely. Both walk in to a scenario halfway through: In the former, a young boy finds himself in possession of an uncanny item that tests his moral compass; in the latter, a tweaking drug dealer goes through a mental meltdown that may or may not involve gruesome alien abduction.

Not that Jonathan and Josh Baker's "Bag Man" is a total failure: From a filmmaking perspective, and as a narrative, it is an eerie success, but its MacGuffin is a little too MacGuffiny. However, the execution, particularly the crafting on the pivotal artifact, and the CG destruction it wreaks, are superb, as is the cast. But while it leaves a frustrating hole that needs filling, "Willits County" world-builds perfectly to set up the creative team the Ryan Brothers plan for their planned feature sequel.

Slightly more mature sex-horror-comedy can be found in Gillian Wallace Horvat's jury prize winner "Kiss Kiss Fingerbang," in which Anton Yelchin takes advantage of Kate Lyn Sheil's digital fetish – a rock-solid idea, but one that just peters out with no climax. At least "Interesting Ball" doesn't even aim for an end point: Co-directors DANIELS (Daniel Kwan and Daniel Scheinert) admit it is just a visually entertaining collection of every rejected idea for a commercial they've ever had. As a calling card, it's phenomenal, laden with running refrigerator jokes and Voltron made of dude-bros rather than lions. No plot, but it looks great.