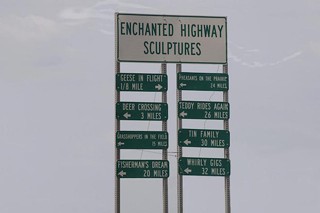 In this followup to his 2009 documentary, Crude Independence, director Noah Hutton revisits Stanley, North Dakota, to investigate how the town’s residents and their values have changed since the 2006 oil boom on the Bakken Shale.

Hutton does an admirable job of holding multiple narrative threads in tension with one another. There is the young couple with different visions of the future who run a profitable bar thanks to the patronage of rowdy migrant roughnecks. There is the pragmatic farmer who acknowledges that the oil industry is raping the land but, seeing as it’s beyond his control, he might as well get a piece of the action by leasing out acreage to the encroachers.

If there’s one hero in this story, it’s Marty Youngbear, a member of the Mandan, Hidatsa, and Arikara Nation, whose lands generate millions of dollars’ worth of crude oil every month. While the MHA’s now-former chairman Tex Hall adopts a “sovereignty by the barrel” approach to allowing the oilmen onto the lands, Youngbear is more concerned with preserving the integrity of his tribal culture and of the earth. In light of the fact that human activity has made a profound mark on the geologic record, Youngbear’s approach seems like a no-brainer.