The Internet of Things is here, Makers blew it, and you should go to Turin

SXSW’s visionary-in-residence-in-perpetuity had an epiphany when he was down at Threadgill's eating chicken fried steak. “I realized it was genuine gourmet Texas roadhouse chow. Not only did it cost three-bucks more than it used to, it was actually five bucks better.”

”Google, Apple, Facebook, Microsoft,” said Sterling, “continue to soldier on while they’re trying to Balkanize more, trying to grab more of the pie, reshaped the Internet in their own image with social media silos rather than the old open Internet. Firewalls are going up. The TCP/IP protocol will probably be okay, but these things that are built on top of it are actually segregating us from one another. 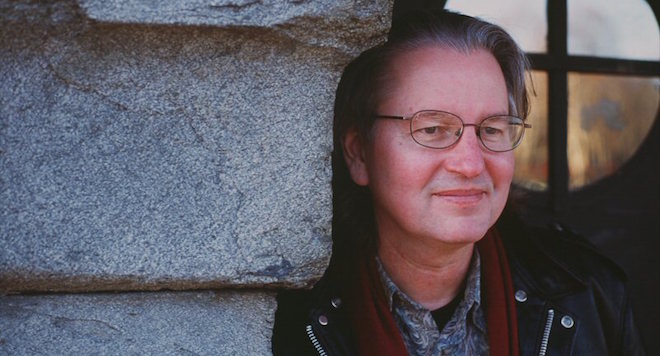 On Makers: “As a design critic there’s a whole lot wrong with Maker stuff. Because it’s designed to be easy to assemble and so it also falls apart easily. It’s not very solid. It’s held together with slots and tin flaps. [They can be] educational objects. Sometimes they look like they were built by small children and sometimes they are built by small children. From a design perspective, their form, proportion, line, color – you know, the aesthetic – is pretty bad. [And they] can be dangerous to users. They often have jagged edges … they’re made of toxic material … rubbish basically.”

Enough, already? Sterling and his wife, Jasmina Tesanovic have found hope/experimentalism, have built a fully-functioning “apartment” in their current global-citizen home of Turin, Italy, to their own aesthetic specs. A former Fiat car factory, the space boasts furniture from OpenDesk and a seriously considered livability factor. “In Turin, ‘open source’ still actually means something. In the rest of the world it actually means Apple doing it, or Amazon, or General Electric. [What we’re doing is] a different item entirely. 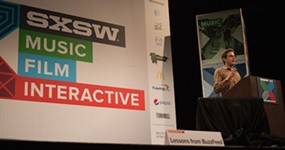 SXSW: 10 Lessons From Buzzfeed
Only one is about cats