It's a big tease, and that's the point

The girls in The Nymphets just want to have fun, but it doesn't end up being quite so simple. 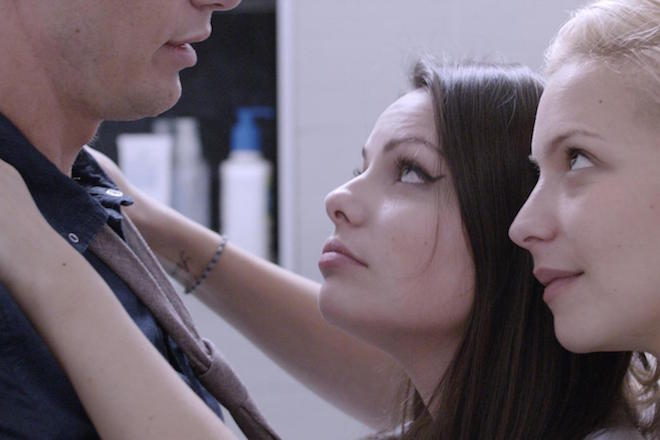 When Joe (Kip Pardue) helps a pair of flirty young girls get their fake IDs back from a bouncer, they head to his place for a night of debauchery. The vixens – played with pure swagger by Annabelle Dexter-Jones and Jordan Lane Price – exemplify the term “hot mess.” Their laughter is the type you'd want to bottle, they're very liberal with their hands, and their ideas are all bad ones.

As the night oscillates between playful and masochistic, it becomes clear that Young Professional Joe is very out of his league. There are several unbelievable speed bumps as his decision-making skills spiral downwards, but despite the disbelief it's still gut-wrenching to watch just how badly he wants to play ball.

Much of the draw of The Nymphets is the fun of watching these beautiful women behave badly, but in the end, the seat-squirming moments are the real takeaway. The camera-work serves both of these purposes, with extremely tight close-ups that make the viewer feel like they're a part of the action. But the real trick of the film is that by the conclusion, writer-director Gary Gardner has turned the audience from voyeurs, to accomplices, to people who just should've known better.