Schwartzman rules as a paragon of booze, Arrow, and love

With the title ripped from an R.E.M. line off 1984’s Reckoning, you could be forgiven for thinking that Austin filmmaker Bob Byington’s newest, and possibly sweetest, might be a nominally normcore throwback. Hardly. 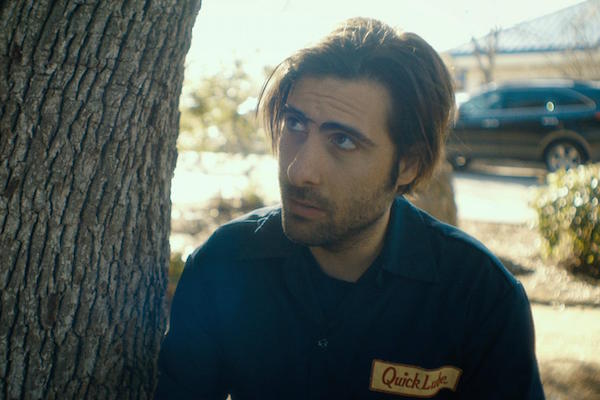 Jason Schwartzman, as always an actor subtly attuned to the nuances of both body language and that particular sounding proto-experience first glimpsed in Wes Anderson’s Rushmore, gives what may be the best performance of his career. (Which isn’t to denigrate the others, natch.)

Schwartzman milks the frequently hard to discern humanity out of his character Larry, a boozy couch potato whose only genuine friend are scene-stealing Arrow – the actor’s actual French Bulldog – and his his bipedal roommate Major (Tunde Adebimpe of TV on the Radio fame). Shot through this ne’er-do-well existence of Larry’s is his wise grandmother (Olympia Dukakis), who is trapped in a nursing home, and his burgeoning affection for – love, even – for his Quick Lube boss, Lupe (the excellent Eleanore Pienta).

To call Byington’s film a coming-of-ager story is to sell it short. Rarely has Schwartzman played a role that is so without affectation, nor has he embarked on a true love from this oblique an angle. Blame (i.e. praise) Byington for keeping the proceedings exceptionally honest while never stinting on the inherent comedy.