SXSWedu: Steady as She Goes 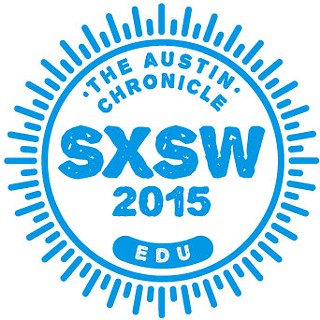 Fiercely eloquent Shiza Shahid was the machine behind Malala Yousafzai’s rise to international icon after the Nobel Peace Prize-winner survived a Taliban bullet to the head for speaking out in support of girls' education in their native Pakistan.

Shahid, a social entrepreneur specializing in scalable impact, spoke with Caroline Howard of Forbes magazine during SXSWedu (Thurs., March 12) on her roots in post-9/11 Islamabad, her “rebellious” volunteer work and scholarship to Stanford University, and her close relationship with Malala during “Empowering Women and Girls to Lead.” Releasing education from the bondage of suits and buzzword sentiments creates real social impact. “Women’s issues are the spearhead of social change,” said Howard.

Grassroots advocacy work on the ground is “where I came to understand what it means to be a woman in a place where your body, your very existence, is a source of shame,” Shahid explained. Co-founder and global ambassador for the Malala Fund, Shahid’s goal now is to find and support the other Malalas – “the social entrepreneurs that you have to pull from the field to hear about their work because they're so focused.” She explained that the dual narratives for girls’ educational progress is most visible in the field. In the West, more women receive advanced educational degrees than men, but that’s not translating into a significant increase for women leading in executive roles. On the contrasting storylines of schoolchildren being kidnapped and killed (Nigeria, Peshawar, etc.), “There are parts of the world where women's rights are regressing and where girls and women and education have become a battlefield and tools of war. Attacking girls’ schools is a war tactic.”

Echoing the belief that education is under siege was Fort Hood native Lily Eskelsen Garcia, dresident of the National Educators Association (NEA) during her talk, “A Tale of Two Schools: Time to Close the Gap.” The first Latina to lead the largest labor union in the country – an active group since 1857, with over 3 million members – was unflinching in her witty, powerful speech. Garcia cited the 75% female teaching ranks, and the NEA’s first female president (a Suffragette, to boot) taking office in 1910, as evidence to the group’s longstanding prioritization of equal access to education via civil rights work. “In most states, I’m happy to report that we have been successful in removing the laws requiring vows of poverty, obedience, and chastity [for teachers]. Because we have been a majority of women, we have this incredible social justice heart.”

In a nutshell history lesson on “No Child Left Untested,” a topic covered throughout the conference, Garcia mentioned its origin as a piece of 1965 legislation signed by LBJ as part of the “War on Poverty.” Almost 13 years after the law’s bipartisan reform in 2002, she said, “We can see what happens when you distract people from really looking at the resources, programs, and services that would actually help close those achievement gaps.”

The statistical improbability of every student in every school hitting a predetermined cut score required to prevent formidable punishments is compounded by staggering inequity in schools, a devastating effect of education funding policies. Garcia said, “For students who live in poverty, this law is not an annoyance. This law is a tragedy. White affluent students are getting a better deal than children in poverty in high minority areas.” Wealthier schools offer more essential services, more enrichment programs – from art to athletics to school nurses. “The inequity in resources has been completely ignored. Children have been irreparably harmed by this obsessive testing policy.” Garcia went on to explain “the dirty secret in public school equity,” is that it’s not whole states that have better or worse public school systems, it’s internal policies within the states, down to the district.

So, what does the NEA suggest? More, to put it succinctly. More funds, more resources, more equity, and more authority placed into the hands of educators in the field because “accountability without authority is a set-up.” In rewriting NCLB, Garcia said the NEA suggests “opportunity” dashboards to monitor evidence of student success, using an array of demographic indicators. “Our goal is to make zip code a number, not a destiny.” 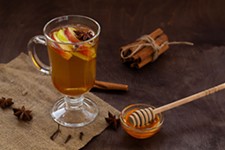