Set in the colorless purgatory of Central California, Fresno stars Judy Greer and Natasha Lyonne as temperamentally disparate sisters working as maids in a local hotel while they struggle to reconnect after time apart. 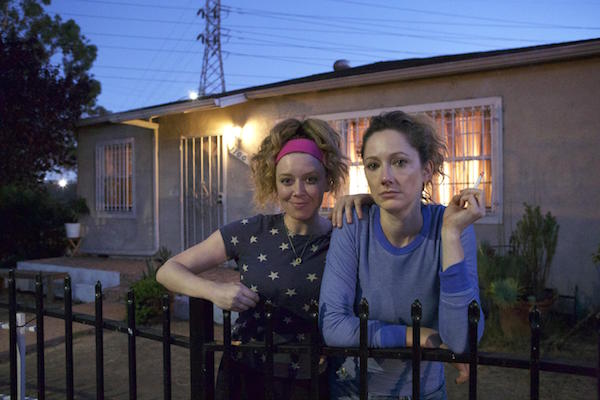 Greer’s character, Shannon, is an absolute pill going through the motions of recovery from sex addiction, while her good-natured sister Martha (played by Lyonne, who previously starred in director Jamie Babbit’s But I’m a Cheerleader) selflessly devotes herself to getting Shannon’s life on track. With the rising action unfolding when an episode of degenerate sex results in an accidental death, the sisters go about getting rid of the body in ways that should have real-world consequences – but don’t, requiring a suspension of belief that’s hard to muster.

This heavy comedy, scripted by Karey Dornetto, delivers its expected yield of snappy and emotionally charged levity from a charismatic cast that also features Fred Armisen, Molly Shannon, and Aubrey Plaza in supporting roles. But as the story’s centerpiece, Greer’s character ultimately gives the audience too little to root for. Insufferable and unrepentant until far too late, we don’t feel conflicted like we should when her lone true ally finally says “enough is enough.” And although it’s hard to pry our eyes away from such a cool cast, by that time the feeling is mutual.