Like what Netflix did for Arrested Development in 2013, Yahoo Screen has pumped new life into Community by giving it a platform for the sixth season that NBC turned its back on. 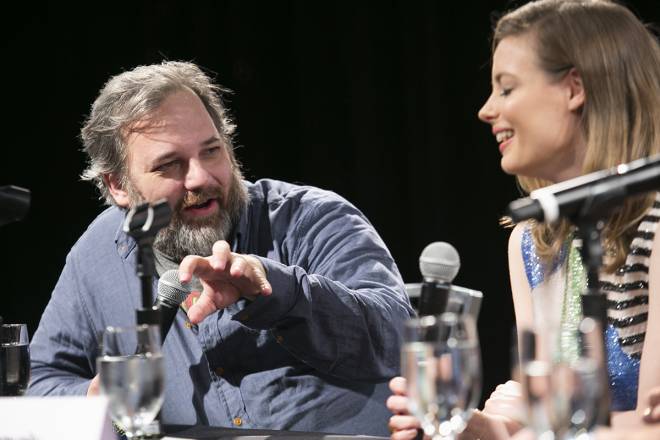 “[Yahoo! executive Kathy Savitt] brought us back from the dead,” said actress Gillian Jacobs. “She came to visit the show and gave us a wonderful speech about all the marketing things that Yahoo was gonna do for us, and we stood there silently with our jaws agape… We were like, ‘No one’s ever had a plan for us! No one’s ever spent money on us!’”

Series creator and showrunner Dan Harmon moderated Sunday’s SXSW talk about the show’s future alongside the principal cast to answer the question: “How will it be different?”

In addition to new faces Paget Brewster and Keith David, each of the 13 episodes on tap (beginning with March 17’s season six premiere) will expand to 26 minutes. And although the Internet is like international waters for crudeness, don’t expect any sailor talk or drastic tonal shifts; but do look forward to a RoboCop-themed episode and another paintball free-for-all in the halls of Greendale Community College. 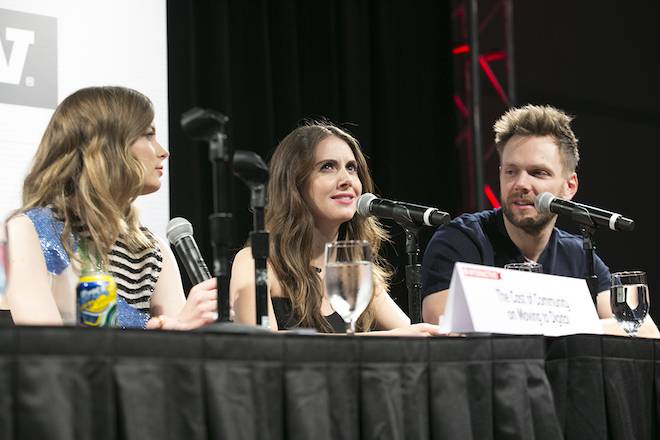 Naturally, the series’ mythic tagline of “Six Seasons and a Movie” begs the ultimate question: Is a Community movie the next step and perhaps the rightful end point?

“We don’t know,” said Harmon “Yahoo! seems down for just about anything: They have purple beer at their campus, their name has an exclamation point in it. I don’t see why they’d turn their nose up at the idea of a movie about a low-rated show. They seem to be very naive,” he laughed. “A lot could happen. I can’t comment on any of it. It won’t be me that determines it. It’ll be the big suits in the big rooms.”

The Cast of Community on Moving to Digital