Ben Powell's Barge takes a trip along the Mississippi

A frothy wake churns behind the stern of the M/V Mary Parker towboat, pushing a float of barges downriver. It’s “6,000 hp on your ass, man, it’s great!” exclaims the captain, waxing about what drives life along the Lower Mississippi. 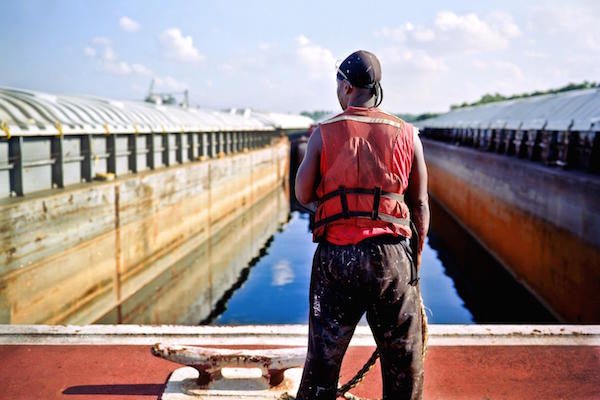 Originating in Rosedale, Miss., the trip wends to the Port of New Orleans and back, taking many days to navigate the hundreds of miles of American South. Crews live onboard for weeks at a time, working shifts of six hours on, six hours off. The work is grueling and very dangerous: Deck hands wrangle massive steel wire cables and tighten each down with manual ratchet winches in an intricate web to keep the separate 200 foot-long boxes from floating apart. Over a dozen cargo barges might be lashed together for a single trip.

Despite the risks and time away from home, beyond the decent compensation (a high school diploma and good work ethic can earn a six-figure career), there’s an allure. “You got some guys, they just don’t give it up,” the captain explains from his wheelhouse. “You can take ’em off this thing on a stretcher. Older guys in their 70s, 80s. Hell, this is all they know. This is their family. Tow boating runs deep.”

Austin filmmaker Ben Powell (“Phil Collins and the Wild Frontier”) grew up in Mississippi, hearing stories about “outlaws, people that just got out of prison, out there for their second chance” who work the river. Curiosity lead him to spending time with crews to demystify the myths. While a few have indeed served time, he discovered that “it’s just a bunch of people on a boat doing work, very strenuous work. They’re out there for 28 days at a time.”

He decided to narrow his focus to one crew, one trip. And while the film could pass as recruiting fodder for folks who wish to ditch the 9-to-5 soul-suck, Powell says that the company that afforded him access, Jan Tran, otherwise had no hand in the film. This is no branded documentary, not another Louisiana Story (the 1948 Robert J. Flaherty “doc” sponsored by Shell Oil).

Space onboard is tight, so Powell would often research alone; his longest stretch on the river, 10 days. Catching the barge proved to be quite a trick. “That was always the fun part: figuring out how to get on the boat. If they’re not at a port, there’s no access to the river. They have these little shuttles, fleet boats that take crews or groceries out there. Or I’d just take a tugboat. There were a lot of logistics, but it was worth it.” 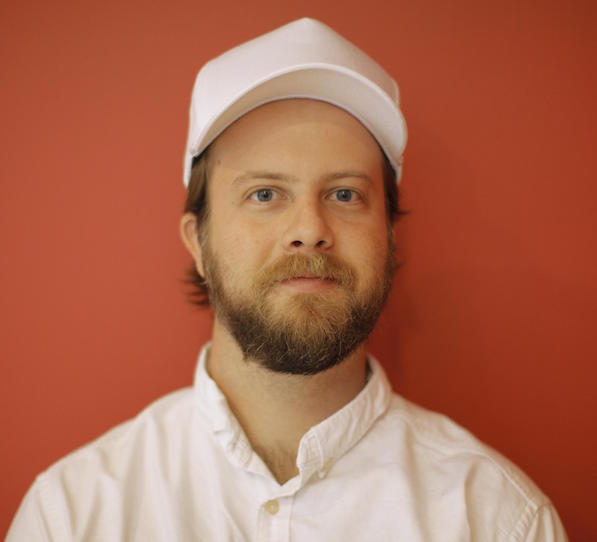 Stories began to emerge. “Being out there for a month can weigh on you. You get on the rhythm of the boat, and you’re in a different place, a different world the whole time you’re there.” That rhythm is reflected in the film’s languid tone. Powell lets the river do the moving. And let’s face it, Old Man River gets star billing. For the most part, the camera stays put, shot after shot, conveying the calm, even monotony of the trek. The lack of didactics, no name placards, and so on, adds to the full immersion effect.

Barge portrays the ballet of industrial America. Powell’s takeaway, he says, is how essential their work is. “We use a lot of stuff! These guys run the world.”

“Without the Western River system, the United States would completely shut down. There’s not one thing that you don’t touch, use, or drive on daily that was not in a barge.”