”The hardest thing to achieve in a movie is tone,” said fantastic film imagineer Guillermo Del Toro to some first-time feature filmmaker by the name of Gosling. (Irony: not dead yet.) “And I think [your] movie is tonally, completely of a piece.”

It took a few nervous minutes for the simulcast techswap to click into focus, but the overflow crowd that had turned out to watch honorary Texan Del Toro and Ryan “I never said ‘Hey Girl’” Gosling talk shop weren’t disappointed. Gosling’s directorial debut, Lost River, reimagines the recent history of destitute Detroit from a buzzy, neon-drenched fairy-tale perspective, and Del Toro, leading the conversation, explained his own fascination with both metropolitan mythologies and Gosling’s dreamy take on lands of the lost, specifically the film’s haunting score by Johnny Jewel.

”A director’s job is 50 percent work, investigation … the other half is pure intuition,” said Del Toro, comparing the directorial task to that of a magpie collecting seemingly unrelated objects for its nest.

”First I started going to Detroit and taking photographs with my phone,” said Gosling, referring to the multiyear visual research that went into creating Lost River, “and then I went back with a [Canon] 5D, and then I bought a Red camera. And then the final time I went back I went with a crew.

”In the end, I wanted to shoot these buildings because they were tearing them down,” Gosling explained. “There’s so many historic buildings that are gone now. For instance, one thing that’s a set-piece of the movie is the Motown projects where Diana Ross and the Supremes grew up. And I think that’s gone now. It gave me the feeling that I wasn’t just preparing for this film, or waiting. The train had already left the station and I was making it.” 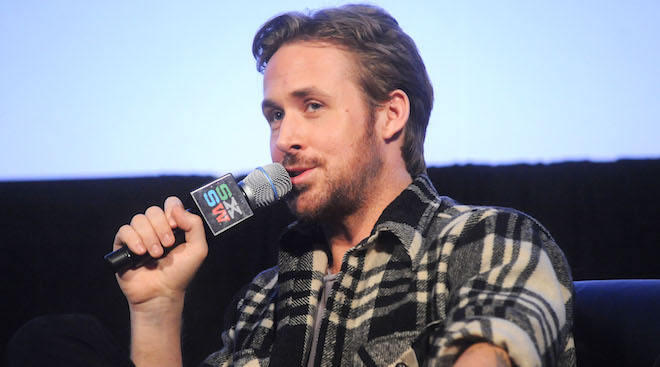 A Conversation with Ryan Gosling and Guillermo Del Toro