An inessential sequel that is oddly unmissable

Why would anyone make a sequel to Uncle Kent? Centered around real-life cartoonist Kent Osborne, Joe Swanberg's 2011 lo-fi meditation on love, loneliness, and chatrooms was perfectly self-contained. 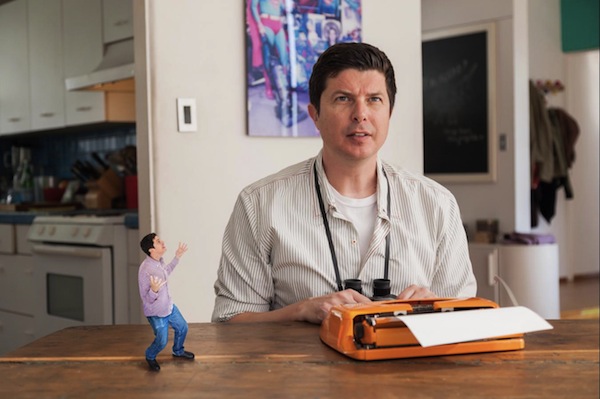 So when still-adrift Osborne suggests a poorly concieved sci-fi follow-up to Swanberg, the director's response is to politely tell his friend to do it himself – which he does. The resultant film within the film within the film is predicated on Osborne taking the complexities of modern life raised by the original and totally failing to grasp them.

Where Swanberg was making larger points about modern culture on a small scale, his directorial replacement Todd Rohal (The Catechism Cataclysm) has made Mr. Hulot dans le Matrix, reinventing schlubby Todd as a neo-Jacques Tati, a bumbling oaf who takes pleasure in his own silliness but fumbles dealing with his own shortcomings. He's the last person to make a movie about, and he's the last to realize it. This meta-sequel is superfluous, and that's the entire point. When it's brain-achingly frustrating (which it often is), that's utterly deliberate. An arch commentary on both worthless indie ramblings and soulless studio sequels, it's also oddly charming, marbling its indie intellectualism with Osborne's goofy humor and aging slacker mournfulness.