SXSW Film Review: Theory of Obscurity: A Film About the Residents

Still anonymous, the Residents let the fans speak for them

For four decades, the Residents have been creeping around the edges of American pop music, quietly releasing more than 60 albums and repeatedly redefining what it means to be a band. 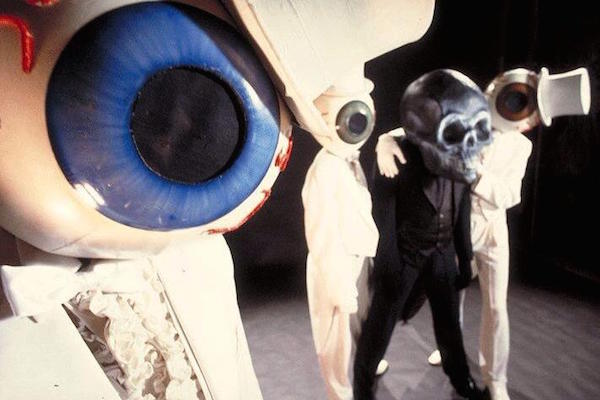 They may be revered in tiny circles for their avant-garde compositions, experimental instrumentation, and multimedia innovations, but to most of the world, if they’re known at all it’s for being that band that wears giant eyeballs over their heads. Though Don Hardy’s Theory of Obscurity is about the Residents, their only involvement seems to be in the form of a live performance, which means the task of parsing the meaning behind all their conceptual madness is left to a small but faithful army of fans (including members of Primus and the creator of the Simpsons), who speak lovingly of the band’s devotion to art at the expense of commercial success and their loyalty to anonymity, which, far from being just a gimmick, granted them freedom in an industry that rewards conformity and repetition. For the Residents, after more than 40 years, obscurity is still the only reasonable path toward artistic liberation.

Theory of Obscurity: A Film About the Residents