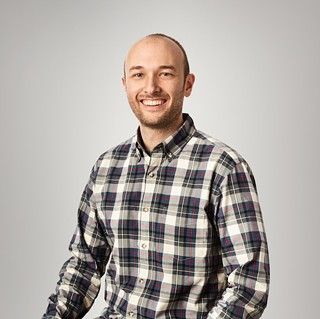 His company invaded Austin last summer, and he invades South by Southwest this spring. Announced this morning, Lyft co-founder and CEO Logan Green is tabbed to provide a keynote address at SXSW Interactive, March 13-17.

Green, whose transportation network company (along with industry rival Uber) has disrupted the taxi cab industry much in the same way that the knife first disrupted the sourdough roll, has spent the past seven months watching his company grow from off-beat high-tech alternative to an everyday mode of transportation. With Uber, Lyft has waged a very public war against taxi cab monopolies (the two companies’ efforts to infiltrate Austin last summer could only be described as “bold”) and come out, seemingly, on the winning end. Today, you can find Lyft services in 60 cities around America.

Green, who co-founded and served as CEO of ridesharing community Zimride before founding Lyft in June 2012, becomes the fifth and final keynote speaker announced for this year’s conference, joining Google executive Dr. Astro Teller, Paola Antonelli, and actresses-turned-other-impressive-entrepreneurs-and-public-figures Julia Louis-Dreyfus and Jessica Alba (as well as Rev. Jesse Jackson and Jonah Peretti, the dude who founded Buzzfeed). He’ll address the Interactive crowd during the keynote space the Monday of the conference.

News of the get began spreading last night at the Capital Factory’s SXSW Interactive meet-up.