With a hiss, crackle, and pop, musicians get to turn back time

The ineffable romance of old recordings makes for magic in this self-produced account of Alex Steyermark and Lavinia Jones Wright giving musicians the chance to record on an acetate disc. 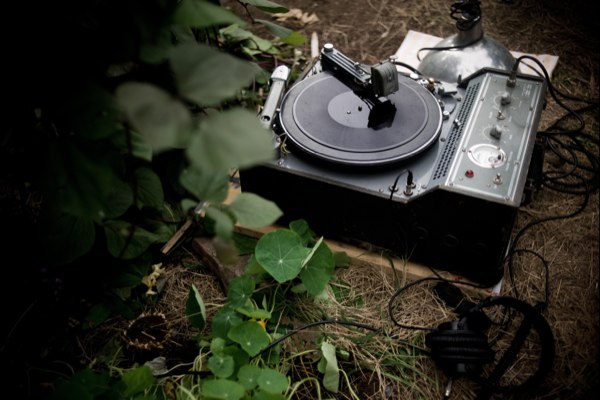 Projects don't come more lo-fi or old-school than this, with Steyermark and Wright lugging their 1930s Presto recorder to a rural Mississippi chapel, a Topanga Canyon cabin, a Memphis nightclub, a kitchen in Cajun country, a sunflower patch in the Brooklyn Botanic Gardens – wherever their subject wants – and simply recording them performing any folk song they choose in one take.

Though ostensibly documenting a road trip, the film eschews narrative to focus on the recording sessions, interrupting them only to visit spots offering historical context: recording archives, an acetate disc manufacturing plant, the homes of Presto collectors. Hovering just out of frame throughout is the ghost of Alan Lomax, the pioneering ethnomusicologist whose extensive field recordings of folk music inspired Steyermark and Wright and whose legacy they strive to honor.

But Lomax isn't what haunts The 78 Project Movie. Rather, it's the rich, gloriously imperfect sound of those antique discs. As the musicians listen to their 78s, they evince disbelief, as if they're hearing a record they made decades before they were born. They meet themselves in the past, and the moment's ripe with wonder.