The life and times of the A$AP mob

A$AP stands for "always strive and prosper," but with the speed of A$AP Rocky's ascension to the upper echelons of hip-hop, the more commonly known acronym might be a better fit. 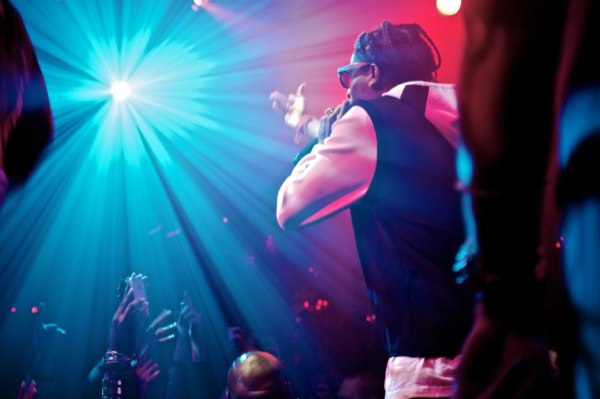 Produced for Vice's Noisey music series, SVDDNXLY shows A$AP Rocky bursting into the spotlight and owning it like he's lived there his entire life.

The documentary paints a rosy and smoked-out portrait of the 24-year-old Harlem rapper and his omnipresent entourage through behind-the-scenes tour footage, archival materials, and an epic 3:30am interview in which he's perched on a throne drinking white wine and smoking a blunt. He's having the time of his life, and thanks to the unrestrained access of the film crew, you really feel like you're along for the ride.

Although the film is high on indulgence, for those who are looking for more insight into his immediate catapult to stardom, it doesn't quite deliver. Much is made over the fact that his fourth show was an opening slot for Rihanna, and he praises the hell out of his two managers, but it's never quite revealed how the hell he became so famous so fast.

But this isn't a film about the how, it's about the why, and the Vice crew makes that much very clear: His success is equally rooted in an always-on work ethic and an effortless charm that are on full display in SVDDXNLY. Don't expect him to stop striving or prospering any time soon.