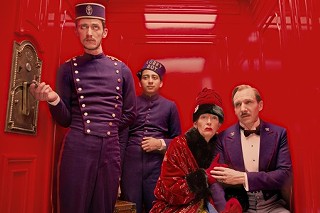 Welcome to South by Southwest Film, where the lines are a mess and your planning won't matter. Do you race across town for another show, or start lining up now for your evening pick? For the duration of the Fest, we're posting a few trailers for each day's films to help you make (or, you know, complicate) some of those tough scheduling decisions.

This is … the Trailer Park.

Ralph Fiennes is eminently charming, the setpieces are all delightful, and the entire film has all the trappings of your favorite Wes Anderson classics. This film sells itself.

It's Alejandro Jodorowsky's first film in almost a quarter century, and it's the most bizarre semiautobiographical fantasy trip you'll take this year.

Creator of Office Space Mike Judge lends his humor to the doctor set in this new HBO series.

Don't miss all our latest news from the Fest; follow along at austinchronicle.com/sxsw or on Twitter (@ACScreens).