A Southern gothic coming-of-age unlike any other

For his ninth feature, Prince Avalanche and Pineapple Express director David Gordon Green – recently honored at the Texas Film Awards – returned to the woods of Central Texas to tell a heartbreaking story of the eponymous forestry foreman as he struggles with alcoholism, loneliness, a revenge-seeking archnemesis, and a criminal record. 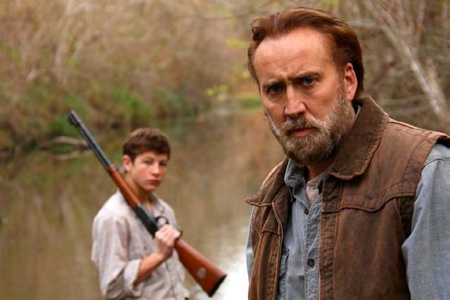 That said, as much or more of the narrative – adapted from the 1991 Larry Brown novel of the same name – revolves around young protagonist Gary (Tye Sheridan, in a role not unlike his breakout in Jeff Nichols' Mud), the ambitious teenage son of itinerant and abusive drunks in desperate need of a job, some direction, and a father figure.

The film includes all the trappings of a Southern gothic, complete with a missing dog, a brothel, and a fight on a bridge, but it all comes together as a coming-of-age story unlike any you've seen before. Tim Orr's lens is sharp as ever, and there's a truly touching bonding montage between the two leads that will make you see Nicolas Cage in a whole new light.

But ultimately, it's the details in smaller, sadder scenes – and David Wingo and Jeff McIlwain's score – that make the entire picture sing. Don't miss them.