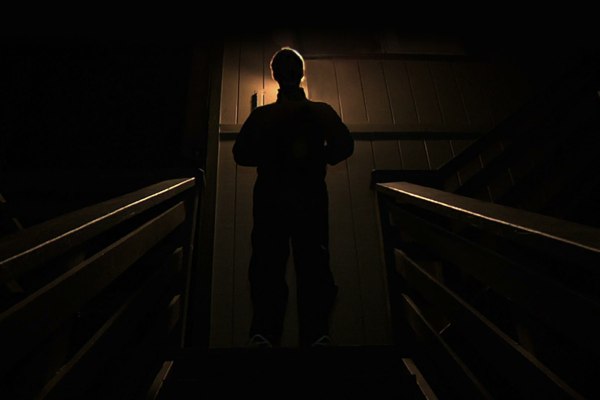 In Creep, Aaron (Patrick Brice) needs money, so he answers a Craigslist-style ad for a filming assistance. It pays cash and requires discretion. Yeah, you guessed it: Josef (Mark Duplass), the poster, is a [hilariously horrifying, psychopathic] creep. If only Aaron had such foresight.

Brice and Duplass co-star in and co-wrote Creep, which features only the two of them. It’s an intimate found-footage film that still manages to hit all the classic horror beats. In this, Brice and Duplass received the assistance of veteran horror producer Jason Blum, who previously produced Sinister, Insidious, and Paranormal Activity. Despite the found-footage format, the camera’s point-of-view doesn’t feel forced, and the interactions seem natural. This speaks to the strength of Brice and Duplass’ performances and the film’s pacing, which continuously grounds the film using classic genre tropes. Creep isn’t particularly gory − certainly not for a horror film. Rather, Josef’s eccentricities surface in surprising ways that, while not bloody, are certainly horrifying and strangely funny.

Well, funny if you’re into that sort of thing. Sicko.