SXSW: The Demographic of One, The Impossible Girl, and the Crowd 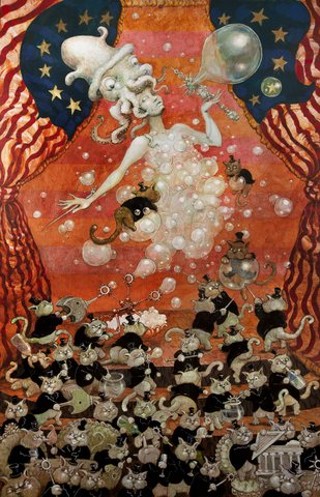 Let's talk about the crowd in crowdsourcing. The crowd isn't money: The crowd is power, and support, and love, and freedom for artists. That was the message from artist Molly Crabapple and musician Kim Boekbinder at last weekend's SXSW Interactive panel Hacking the Crowd: Artists as Entrepreneurs.

Although not alone in the field, Kickstarter is the big name in crowdsourcing, and both Boekbinder and Crabapple have used it successfully. Last March, Crabapple raised $63,000 - more than double her target - to finance her project on the collapse of Wall Street, Shell Game. She was an early adopter of Kickstarter: In 2010, she raised $6,000 to cover costs at Sketchycon, the global gathering for Dr. Sketchy's Anti-Art School.

Australian singer-songwriter/NASA creative collaborator/star of SXSW's People of Letters, Boekbinder has had similar success. Last November, 1,309 fans became the micro-financiers behind her latest album, The Sky is Calling.

The core lesson of their talk was simple: There's nothing wrong with being an artist that controls their own financial destiny. That's a conclusion artists both big and small are coming to, and it's not just in music. Local film maker Emily Hagins debuted her new film Grow Up Tony Phillip at SXSW this week, but only because fans and friends rallied together through Kickstarter. Two weeks ago at Staple!, I moderated a panel with web comic artist Sean Wang, who talked in detail about how he raised the money to print a graphic novel of his series Runners. At the other end of the scale, Amanda Palmer, who had to fight to get fired from her label deal, raised over $1 million to cover costs on her last tour. In the last few days, there was the big news that producer Rob Mars had raised $3.5 million through Kickstarter to bypass the studio financiers and start making a Veronica Mars movie. At her last-minute ninja variety show on Thursday, Palmer took issue with anyone complaining about 'the big boys' co-opting crowdsourcing. If the fans could get a film they wanted to see made, she said, what's the issue?

So for those of you that couldn't brave an early morning panel just as daylight savings time had kicked you straight in the dopamine receptors, here's the Crabapple/Boekbinder panel Storify'ed: 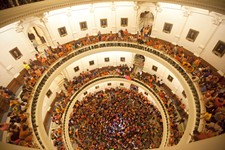