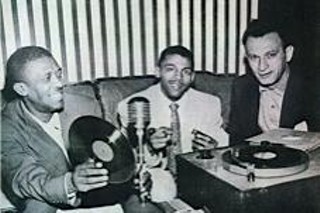 “You cannot play music that hasn’t passed through Chicago.” So declares Marshall Chess, scion of legendary Chess Records and narrator of Born in Chicago, which focuses on “the transition” from the city’s blues giants – Howlin’ Wolf, Muddy Waters, Junior Wells, et al. – to the very young white musicians who sat at their feet, studied their licks, and took their places among the bands that both extended the tradition and spun off the myriad genres of rock & roll. The film began, said director John Anderson, as a concert film of the Chicago Blues Reunion, and grew into a broader project of Out the Box Records, sustaining the music chronicled here. Fascinating archival footage is mixed with contemporary performances – often yearningly brief. Survivors recount the early South and West side clubs, and inheritors (e.g., Jack White) describe the influence and transformations of the blues as the central matrix of popular forms. Enjoy, and ponder.