Niki Weber on why your brain needs negative feedback 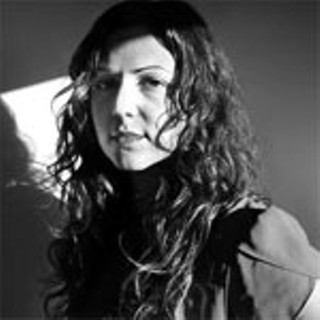 Returning to SXSWi after her 2012 panel, Niki Weber took the stage on Saturday to argue that negative feedback is essential to optimal brain function – and business success – and she has a motherlode of data to support that theory.

Weber used the example of Austin during SXSW, aka “Happy Town,” to explain how a lack of truthful dialogue actually impedes business success and thwarts individual cognition. When you exist in the SXSW bubble, she said, there is an overwhelmingly positive atmosphere that initially seems, well, positive. However, without constructive criticism, or intense debate in some cases, the optimal models are never discovered. This is a direct result of the way negative feedback manifests itself within the neural highways of the human brain.

Step outside of the comfort zone to optimize your career. The innate feelings of discomfort, fear, and nervousness experienced when a situation is less than pleasant signal to the brain that the scenario must be immediately filed away for future reference. This is how we learn. Think operant and classical conditioning from Psych 101; or, touch a hot stove, make a mental note. On the other hand, situations nestled squarely within one’s comfort zone may take 12 seconds, or longer, to be filed in the ol' memory bank, thereby creating room for error by distraction. Your brain is mechanically wired to seek solutions to perceived problems, even during sleep. The catch is acknowledging the problem. No brainer, right?

Weber stressed multiple times that she is “not advocating being an ass,” but pointedly described the mechanisms through which we learn as being dependent on the synapses created when the brain senses something is wrong. A self-described lover of data and hater of Facebook, Weber reminisced that her Italian family’s history of calling attention to her deep-rooted insecurities initiated her quest for growth feedback. She also cited huge admiration for Carol Dweck, who developed the concepts of the “growth mind-state” versus the “fixed mind-state,” and whose research is critical to the notion of negative feedback’s positivity.

In essence, the courage to say, “No, that’s not good enough,” within the frame of collaborative efforts, such as a peer-based group project, might very well mean the difference between success and failure. And on that note, the adage “Fail fast, fail often” may only be partially sage advice. If the failure does not receive an examination of what went wrong, and a new venture simply replaces the original, the lessons get lost in (cyber/neuro) space.

When confronted with test results of her own brain agility (initially inadequate, rated 0%), Weber realized her scheduling habits were partly to blame: work at 100mph, crash, repeat. In other words, to pull all-nighters is actually less effective than schedules with mandatory rest breaks. Plus, our brains are wired for neuroplasticity, and when that is brushed aside, the results can be physically destructive, neurologically speaking. What’s more interesting is the concept that the neural damage done by incessant positive feedback is especially harmful in children. So yeah, not every kid on the 7th place soccer team should get a trophy for effort after all.

It's not all bad news: The negative patterns of unsubstantiated positivity are reversible with some specific training exercises. In parenting, for example, a kind but firm, “Great effort, buddy, but next time…” lights up the neural pathways like a Christmas tree, said Weber.

Naturally, with all this talk of brains, Einstein came up, and Weber discussed the genius effect. If innovation equals creativity plus high-functioning brains, one must also note the threads between so many extremely successful individuals. Weber reminded the audience that an expert is not necessarily the person who claims such a lofty title, but rather an individual who has failed in every possible way – and kept going.

Access to brain training is not yet consumer-friendly, Weber said, but the burgeoning field is gaining momentum. Tech start-ups, such as BrainSport (one of Weber’s many projects), helps athletes improve brain function through rigorous training and hook-ups to personalized data collection and implementations. Empirical data is crucial to the field, and Weber suggests that generational differences may contribute to levels of success with these apps that measure neurological electrical currents.

The panel, and supporting PowerPoint presentation, was so brimming with information that Weber went over time and rushed through the last 10 or so slides. In addition to a large-scale reformation of feedback culture, a few tips, she concluded, can make all the difference: focus, breathe, encourage passion, and study failures ... and don’t be an ass.