SXSW: The Champ Is Here 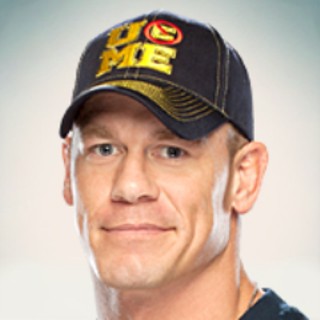 When it comes to the WWE and social media, Echo CEO Khris Loux told the SXSW Interactive crowd at Saturday's Get Ready to Rumble! How WWE Is Crushing Social TV panel: "They're not just drinking the Kool-Aid. They're drinking every drop."

The numbers kinda speak for themselves: 4.4 million downloads of the WWE app; more than 97 million likes across their network of 121 Facebook accounts, with 5.4 billion status views in the last year. As McMahon noted, that's more likes than either the NFL or the NBA and all their team pages combined. Then there's Twitter: 45 million followers across the WWE's 122 official superstar, corporate, and creative feeds. WWE EVP of Digital Media Perkins Miller cited numbers on one Facebook post: "Between 11:15 at night and lunchtime the next day, it had been liked 250,000 times and was seen 2 million times."

But let's be honest: You wanna talk real muscle? It was always going to be John Cena, the WWE's No. 1 guy, the heir apparent to the cultural impact of Hulk Hogan (but with more hair).

Dressed in what he called his superhero uniform (the baseball cap, the "Never Give Up" T-shirt and "you can't see me" cap), the massive ("I refer to myself as full-figured," he said) superstar took to the stage accompanied by his own theme music (which, by the way, he wrote). He works as hard as any man in the industry, and he's a tireless volunteer for multiple charities including the Make-A-Wish Foundation. He is the face of modern professional wrestling, but in this tech-heavy crowd, he freely admitted: "We're in a weird business. We're in the world of entertainment, and the world of sport."

He conceded that he was not initially that thrilled about going onto social media, saying, "I didn't know how far behind the curtain I wanted to let our fans." But he quickly understood that it gave him a huge new connection to the fan base. "In the NFL, when here's a touchdown, nothing goes on. They just go straight to commercial. In the WWE, there's something going on."

Make no mistake: @johncena is John Cena. He runs the account himself. It is his brand, his thoughts, and there is no company editor moderating his comments.

Loux interjected. "You ever had a tweet you wish you didn't send?"

Maybe not every Tweet is perfect, but it reinforces the connection to the existing audience and, as Cena noted, it puts "new eyes and new ears on a product that we love so much." As a test case for their network, less than an hour before their panel, Cena and Loux sent out a call over social media for questions. Five minutes into the presentation, Cena said, "We are overwhelmed already."

There is a bottom line gain: McMahon estimated that revenue was up 25% through canny use of the online store and social media. Sometimes it came through unexpected sources. As Cena noted, "I'm the first person to replace Fred Flintstone on a cereal box." It all came from when his upcoming Wrestlemania opponent The Rock called Cena a fruity pebble. Cena said, "Normally people would be, 'Ah, he got me.'" Instead, he ran with it, tweeting out the insult. "For the first time ever, Fruity Pebbles the cereal was trending." Two weeks later, reps from Post Foods were at a show, and Cena and co. convinced them that a partnership was the way forward. But weren't fans using it as an insult? Didn't matter, said Cena. "Here's the thing. All of them are going to buy the cereal, whether they like me or hate me."

It's not just profit. The WWE has a long tradition of charitable engagement. Currently, two of its female wrestlers are in Rwanda, and they've have been raising donations and awareness through social media. When Cena had to take time off for elbow surgery, he stayed on the live shows promoting the Susan G. Komen campaign. A male wrestler dressed in pink was, he admitted, "another relationship that, on paper doesn't make sense. But it just shows the power of 17 million voices."

It's that massive fanbase that truly drives the social media engine. After all, it's the followers, not the tweeters, that mean great analytics. McMahon called their live shows "focus groups 290 days a year", and social media keeps that relationship going 24 hours a day, seven days a week. The fans are always super-engaged, cheering what they like, booing what they hate ("It's good when people boo the bad guy, and that negativity translates," she said). The WWE Universe, as it is called, has simply transferred that live roar to an online hubbub. She only gets worried when they don't shout or tweet. "They are quiet when they don't like something. We call it crickets, and that's not good."

Twitter is only the start. The WWE provides extra content, including backstage interviews, during commercial breaks. Loux put it bluntly: Since the WWE has created so much second-screen content, there's a danger that viewers aren't watching commercials. When advertisers see that, he asked Miller, "Does that piss anyone off?"

Actually, Miller argued for the opposite impact. When WWE fans sit down and watch the show, they don't change the channel during a commercial break, or head to the bathroom. He said, "They're glued to their seat."