Everything I Know About Film Festivals I Learned From SXSW

Marc Savlov's tricks and tips for a successful festival experience 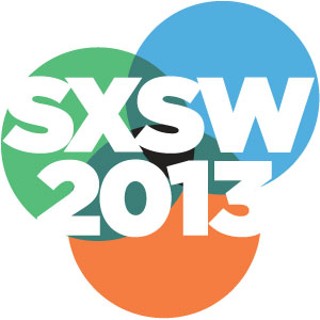 Savlov here. I've been a part of South by Southwest Film since, literally, day one. I've made every festival mistake in the book, and more. Heed my wisdom, young padawan, and you may just make it out of this hive of fun and creativity alive.

I'm on sabbatical for the better part of the year, but that doesn't mean I'm not willing to share a smidge of my 20-plus years of SXSW experience with you. And after all these years, I've hit every other Austin film fest, too, which has resulted in a miles-long mental compendium of "What Not To Do"s, "How Not to Fuck Up"s, and "What the Hell Was I Thinking?"s. I regret nothing. OK, wait, maybe stealing Stevie Ray Vaughan's backstage beer at the Austin Music Awards in 1989. But that was then, this is now, and you are here. And here isn't what it used to be.

Whether you're a veteran of the psychic wars that South By has, inevitably, become, or a rabid newbie who thinks things are actually going to hold to your precious schedule – Bah! Foolish human! – there are a few ironclad rules I've learned (always slowly, occasionally painfully) to live by when it comes to SXSW Film, and festivals in general.

1) Never Forget the Etymology of the Word "Festival"

It's from the Latin festivus, for "feast or celebration." George on Seinfeld pretty much nailed that one, but with all the event-specific buzz (not to mention the swarms of the buzzed), SXSW Film 2013 is going to be intense. Maybe your debut short is screening, possibly you're on a panel for the first time, or perhaps you're just here to soak it all in and see what the present and future of filmmaking may or may not look like. Whichever. The sensory overload factor of the SXSW experience long ago exceeded the spot-on predictions of futurist filmmaker David Cronenberg's eerily prescient Videodrome. By the end of this week, your eyelids will feel like someone deposited a load of ground glass behind them, you'll be in a trance-y state of euphoric meltdown, and later, when you get home, you'll probably need a solid three to seven days in bed to detox from all the awesomeness you've been immersed in. But hold on to that Seinfeld thought: SXSW once really was, and to a large degree still is, "Festivus, a festival for the rest of us." In other words, have fun. At all costs.

SXSW isn't just about the films. Like every other fest these days – only more so – it's also about the parties. That's where you're going to meet your next best cinematographer/screenwriter/BFF/devious film financier, etc. Beware: The Doritos and Tito's co-sponsor combo is more insidious than, well, Insidious, and while hitting the near-24-hour SXSW party circuit is totally doable up to the age of, say, 35, if you count yourself as a member of Gen X or prior, it's better to return home with an extra five pounds of Texas barbecue around your midsection than miss out on those early-morning panels and information-heavy, semi-spontaneous SoCo brunches because of a few, or many, indulgences from the previous evening's debauch.

3) Plan B Is Even More Important Than Plan A

That tidy, excruciatingly well-thought-out list of screenings burning a hole in your pocket is going to go south at some point, and probably sooner rather than later. A Q&A will run long, and the next thing you know you'll be in the midst of the surge and pull of the Congress Avenue crowds, frantically trying to get from the Paramount to the Long Center in 15 minutes or less. Face it, you'd have better luck, and accrue far less stress, working out a Rubik's Cube in the dark. In a Gitmo shipping container. In space. Realize you're going to miss some of the things you've been dying to see, and make contingency plans based on that fact, and you'll be free to say the magic words that will liberate you from needless disappointment and teeth-grinding frustration: "Fuck it. Movin' on."

You're going to be standing in a snarly hellscape of lines, sitting with thousands of strangers, and generally being one film lover among many. So don't hesitate to strike up conversations with your fellow festivalgoers. Many of the most interesting conversations – and friendships or working relationships, for that matter – begin in those endless queues that snake around the Paramount and State theatres. If you're a shy, film geek introvert (and, hard to believe, I know, but I was, initially), imagine everyone else is Christopher Walken, and he's naked. That'll at least get people wondering why you're grinning to yourself all the time, and they'll approach you to ask what's up. Trust me. It's gonzo fest-think, but it works every time.

By which I mean, go out of your way to see films that probably won't get picked up for distribution or may fall through the cracks in VOD, Tugg, etc. The shorts programs, the obscure documentaries, and the just plain weird-ass films that you may never hear of again almost always turn out to be the ones you remember most fondly. And while you're at it, if you really, truly love one of quirky, unsung little gems SXSW has become known for, speak up: Corner the filmmakers and let them know how much you dug the product of their hard work and creativity. God knows they need to hear that as much and as often as possible. While you're at it, Tweet/Tumbl/holla all about your newfound film-crush. I never would have heard of one of my all-time SXSW Film Fest favorites, director Lance Mungia's supercool 1998 feature Six-String Samurai had it not been for then-Aint-It-Cool-newcomer Harry Knowles' online postings and frenzied, vocal support for this little film that did, indeed, get picked up for distribution in the long run. (Thanks, Palm Pictures!)

So them's the rules, or a few of them at least. Every year at SXSW is a new course in managed chaos, film love, and a wellspring of creative energy that can keep both cineastes and filmmakers going for another 12 months. Dive into it, but know that few, if any, things ever go completely according to plan. But then, for me, that's always been at least half the joy of SXSW: discovering films and people you never even knew existed, and falling in love with them. Oh, l'amour!