The ABCs of VOD

Bill Hicks, video on demand and the future for indie film finances 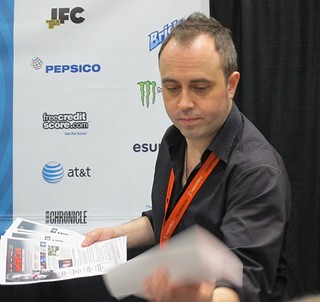 Matt Harlock's first rule of VOD: "Make sure your film title begins with the letters A, B, C or D." (Photo by Richard Whittaker)

"How many people here have heard of Bill Hicks?" asked Matt Harlock, and a sea of hands went up. "Of course, this is Austin. I just wish this was representative of the rest of the US."

As half of the team behind SXSW 2010 favorite American: The Bill Hicks Story, Harlock has spent the last five years working on and promoting his movie. The result was a hugely successful festival run, 2010's second highest grossing documentary in the UK, and a slot on the top 50 docs list on Rotten Tomatoes. Now he's back for SXSW 2012 and the How I Learned To Stop Worrying and Love VOD panel.

Video on demand is becoming an increasingly significant part of the business calculation for films, especially indie features. Part of the issue is cost: Just getting a film on 300 screens will cost $3 million in print fees (and that still applies with digital because of virtual print fees.) Magnolia Pictures president Eamonn Bowles said, "With VOD, you're everywhere for free."

Case in point: American, and the discussion of how it used a built-in fan base and a structured theatrical run to open up its VOD potential. Harlock and his film making partner Paul Thomas originally assembled a $228,000 production budget, including $60,000 for the US DVD rights. "The bright sparks among you will realize that we just screwed ourselves on the US rights," said Harlock. That's an object lesson for many film makers: As Variance Films founder Dylan Marchetti noted, the astounding black metal doc Until the Light Takes Us may have compromised some future VOD rights when they went with a Sundance Channel that included some VOD on their dedicated channel.

For American, Variance deferred their distro fee, and that meant they could pump $7,000 into a PR budget in New York and Los Angeles for opening weekend. The key was that they were British film makers making a movie for American audiences about an American figure who was more famous in the UK. "We had an angle, and if you have an angle then you can afford PR," he said.

Getting media coverage helped opening weekend, but here's the catch. "The theatrical was serving as a promotional device," Harlock said. Their aim was to get the Hicks story to as many Americans as possible, and that meant VOD. Theatrical got the movie onto Comcast and Dish, and the result was that American became the number one doc on Hulu and number two doc on iTunes, Pre-DVD, it did 28,600 sales at $6.99 a piece for a $200,000 gross. Over the full term on VOD, it grossed $600,000 "and we think as producers that we're getting 60% of that," said Harlock. However, with the total personal investment, that means the duo had to pull in UK £300,000 "and that's scary," he added.

But VOD has helped put this tiny indie doc with a niche audience over the top. That's not a one-off: Ryan Gosling's All Good Things pulled in $6 million, while Black Death and Thirteen Assassins are neck-and-neck for the highest grossing indie film on the format. Gravitas Ventures CEO Nolan Gallagher pointed to 5 Star Day, a film he called "unsellable" because of its horoscope-driven narrative (its only stars were genuinely celestial.) Yet it still pulled in $1 million in its first month.

There's a strange tension between VOD and theatrical. Bowles said, "For the most part, we will do a robust theatrical release" for a film headed to VOD. Done right, it's not a PR campaign but a real revenue stream. Bowles said, "Melancholia did $3 million theatrical gross, while being well into seven figures on VOD."

Time for the coda: VOD means more work than theatrical. It's a more complex and newer equation for revenue streams, it involves more promotional work by the film makers, and it helps to know that there's a real market out there. Bowles said, "The great thing about Bill Hicks [is] that they had a subject matter with a hard core fan base." It's the same model that has pulled in the fan base for Tim and Eric's Billion Dollar Movie: A ravenous fan audience that can be counted on. "Opening weekend, they turned up," said Bowles.

One final parting piece of wisdom from Harlock: Since VOD ordering alphabetically, "Make sure your film title begins with the letters A, B, C or D." 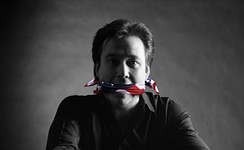