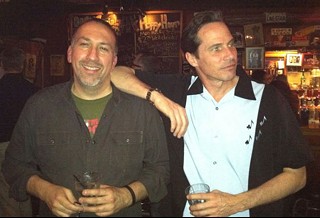 As you may have heard, there are a couple major anniversaries going on here in Austin. SXSW is 25 and the Austin Chronicle is 30. These are amazing accomplishments for many people, some of whom are starting to feel a little old (maybe).

Some of us who have been around for the last 25-30 years will tell you how many factors led to the creation of The Austin Chronicle and SXSW. And although stories will vary, it can be safely said that without The Daily Texan – the student newspaper at the University of Texas at Austin – none of this may have come to be.

This nexus of Daily Texan to Austin Chronicle started in the last 1970s when grad film students Nick Barbaro and Louis Black began to write for the school paper. At the same time, the two were involved in Cinema Texas, which programmed a film series. Chronicle film editor Marjorie Baumgarten also worked at Cinema Texas. SXSW's Managing Director Roland Swenson even heard Louis lecture a film class. Chronicle Managing Editor Cindy Widner was entertainment editor at the Texan and SXSW's creative director Brent Grulke was an entertainment writer. And this list goes on.

When Texan staffers were done putting the paper to bed – or trying to procrastinate on deadlines – many headed across the street from the Texan offices to a burger and beer joint called Hole in the Wall. There were pool tables, video games, and a free jukebox.

On Saturday, March 12, 2011, a couple dozen former Texan writers in town for SXSW decided to meet once again at The Hole (as it is fondly known) to share some pitchers of Shiner Bock and memories. Organized by former Texan managing editor David Teece, now an attorney in San Francisco, the reunion began simply with an exchange of a few emails and grew to be a Facebook event.

David Teece, who had not been back to Austin since 1989, explained how the event came to be. "Some people love Facebook, some people hate it. But using Facebook I was able to connect with a lot of people who had worked at the Texan. I was flying on a plane on my way to a convention, looking at their postings and thinking how much I really like these people. Thirty years later, I still think like these people, we still laugh at the same things. So I decided to throw together this group email saying I wish we were all sitting around at Hole in the Wall drinking a beer and shooting the shit. People started writing back immediately and said it was a great idea."

Teece and others said the days at the Daily Texan were among the most important in their lives. "My career went pretty well after college," said Ray Ydoyaga. "But in a way it was all a let down. I wanted the Daily Texan. Those people are my tribe. I spent the next 10 years wishing I could recreate the Daily Texan. I was doing quite, quite well with my career, but there was still a hole in my life."

Without a doubt, the Texan has started careers for many notable journalists of our time such as Walter Cronkite, Bill Moyers, and Liz Smith. To me, the Texan alumni of the 1980s are equally impressive and those who attended the reunion easily represented a "Who's Who in Communications."

I know I am missing some of the folks who were there, so I apologize in advance, but among those who attended were:

Martin said he enjoyed attending a session about branding. "I have noticed a theme at the conference about social media and holding governments and companies accountable." He said that government agencies or companies that want to get involved in social media have to get ready to be up for the task. "(If you decide on social media) you need get in there and really start engaging people. For example, this one guy from Time Warner Cable got in to a social media site and made some suggestions for someone having a problem. He had built up certain expectations for others who were also reading. People get used to someone responding every time."

Lorraine enjoyed the keynote by Seth Priebatsch. "His whole thing is game theory takes over the world. The last 10 years have been about social connectivity. The next big thing is about using the game model – games are the next layer and how are they going to work to improve the world. He really knew how to focus and connect with people. I have felt the conference has been very helpful to me so I am aware of what is going on in technological advances."

Cathy talked her travels to New York and beyond. It turns out she owns a house outside Montpellier, France, which is where Ed Ward lives. Now, Cathy is teaching ethnomusicology at UT Pan American in Edinburg and has written a book on Música norteña, Musica Nortena: Mexican Americans Creating a Nation Between Nations. It was fascinating to hear her talk about how this musical genre evolved based on the travels by laborers back and forth from Mexico to the United States. Now, if only I can learn how to dance to it.

Siva gave a talk at SXSW on corporate social responsibility. "Because we fall for corporate social responsibility, we are depoliticizing ourselves. If you're progressive, you fool yourself into thinking if you drive your Prius to Whole Foods that you're making the world better. I want to argue that we are doing harm because we are making consumer choices based on our political beliefs. We are able to fulfill our egos, but that keeps us home when we could actually be out and pushing for something that can help the world."

He is thinking about writing a book about corporate social responsibility, how we go to this point. "Basically, libertarians like John Mackey decided that if they pushed corporate social responsibility as market choice, they could satisfy our guilt as good liberals and keep the state regulation at bay. Nobody in that industry wants the FDA to declare something healthy or organic. They would rather have it be an industry-wide process. Frankly, Whole Foods would like to label it itself. What really set me off is when Mackey wrote that op-ed in the Wall Street Journal. His basic core argument was what do we have to worry about if every corporation were as good as Whole Foods. And by the way, if you eat a lot of kale, you wouldn't get cancer and we would save a lot of money. Google plays the same game."

He is happy with the response to his latest book, The Googlization of Everything. After the conference, he was off to Minneapolis/St. Paul, Charlottesville, New Orleans, Nashville, New York, and the West Coast. "I teach every Monday, Tuesday, and Wednesday, then have Thursday and Friday to promote the book. My 5-year-old daughter is really upset with the schedule. She doesn't like to say goodbye." 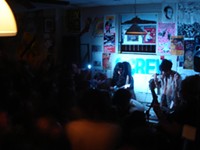