The future is now. Wait, you missed it. Damn! (by Bruce Sterling)

"The one that I think is way underplayed is that there are a lot of women at SXSWi. It's actually a place where you can show up and score with geek chicks."

Futurist, cyberpunk science fiction author, design aficionado, curator of the Dead Media Project, and one of the earliest members of Austin's legendary Turkey City Writer's Workshop, Bruce Sterling is never at a loss for words. (You can read part one of our chat with him here.) A riveting public speaker on everything from the emergence of RFID/spime tech at your local HEB grocery to what life on earth will be like in five years (not so hot, really), we spoke to Sterling the other day over tea and banana bread at our mutual fave java zone, Spider House Café.

The thing is, interesting ideas and fascinating confabulations swirl around Bruce Sterling like Roy Batty's tears in the rain, and so naturally we couldn't print everything the wise man said in the main article.

So here's some more pearls of wisdom from the mirrorshades man himself...

On the difference between the intimate SXSWi of yore and its mammoth contemporary counterpart:

"Every Austinite always says that it was better 40 years ago. The thing I miss about it is having house parties for everybody who showed up for my speeches. That's just plain not viable anymore. You can't do it in a social society because people send each other Twitter alerts and then the entire building will show up in your house. I am looking for a way to finesse that, however, because I would still like to do something along that line.

"Events are becoming the new magazines. I hang out at European events now and I've been looking for an equivalent to South By. The British have talked about building one. There's a lot of design creativity in Europe but there's not this sort of Web 2.0 culture. But it's starting to come up. One would be PICNIC in Amsterdam, another would be the Lift Conference in Geneva."

On European tech confabs versus the SXSWi-style:

"They sort of have European advantages and disadvantages. The advantage is that you can get state funding, from the city of Amsterdam, from the city of Geneva, or wherever. The downside of that is that the bureaucrats will always assume that they can use you as some kind of fulcrum to get business going. That just destroys the collegiality of what's happening. It makes it stiff, it sort of de-funs it, and makes it worthy and very, you know, Brussels-like. But it's bound to happen.

"[Events like SXSW] take on unique regional characteristics and Austin still has a very powerful, regional competitive advantage: it has managed to stay weird. Pinpointing why is more difficult. It's like asking why is Shoreditch happening? Why is Barcelona cool? And there's never one answer to that or else they would all be exactly the same. People would like to replicate that, but it's very rare to see that kind of transplant happening because you can't just go through the motions. It has to come from within the core of that culture."

On Austin in general:

"The one thing I never hear mentioned is that Austin is a city under cultural siege. It's actually surrounded by Texas. And that's why people are always on the freaking parapets here. I mean, they're just always fending that stuff off with pitchforks because they know that once it starts coming through they'll become Dallas in a hot second. They're not just hippies here, they're like militant counterculture people for whatever purpose that serves. They've never done that great a job at it, but they sure do a lot better job than a lot of other people." 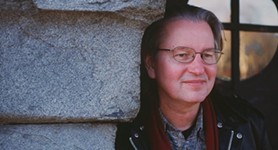 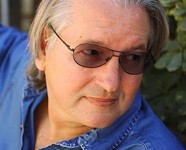